This morning, Goal Zero sent an email about an upcoming, new product announcement. Specifically, it contained:

Email Teaser: “All the core features you’ve come to know and love from Goal Zero, at a price you’ll love too. Sign up below for an exclusive first look at our most streamlined power solution to date. Coming soon.” 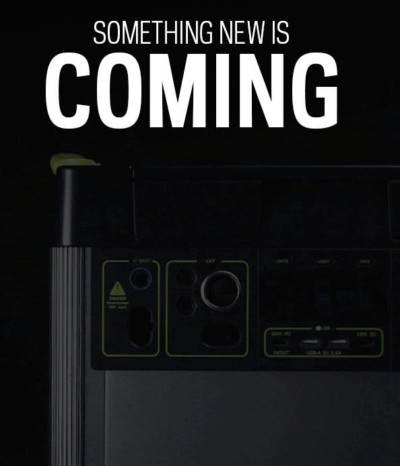 Clicking on the email link took me to a Goal Zero Product Launch website that added some more details:

The image was followed with a countdown that puts the date on July 16, 2021:

There was something very peculiar about the Goal Zero Product Launch web address that the email directed me to:

You will see right there that a “Yeti 1000Core” is mentioned. I found that VERY interesting because the company had JUST launched its Goal Zero Yeti 1000x three weeks ago! Coincidentally, I had also JUST published my Yeti 1000x review two days ago! Why would the company be launching another 1000Wh (or, more unlikely, 1000W) power station?

How much energy a battery can store is measured in Wh (Watt-hours), and how much power is used or produced in W (Watts).

Side note: “Zaius” and “Touchpoint” in the above web address probably refer to the Zaius Customer Data Platform (CDP) that Goal Zero used to send out the email.

The key to why another 1000 Wh product may be launched may lie in the email: “All the core features you’ve come to know and love from Goal Zero, at a price you’ll love too.” Note the following keywords:

It is unlikely that the Yeti 1000 Core will be better than the Yeti 1000x. But with a lower price, will Goal Zero’s newest product be popular for overlanding/boondocking, “RV/Van Life”, and/or emergency preparation?

What could Goal Zero possibly cut from the Yeti 1000x to lower the pricing for the Yeti 1000 Core? Let’s make some educated guesses. [Update 7/2/2021: In today’s email, there was a mention of a “sweet deal”, indicating that there may be a pre-launch/launch discount available.] [Update 7/16/2021: The new Yeti 1000 Core is exclusively available for purchase from Amazon for the launch price of $899. It will retail for $999.]

What we know is that the battery will likely be around 1000 Wh (probably 983 Wh like the Yeti 1000x). The company is known for its reliability and safety, and so I would be shocked to see them use a less expensive cell NOT manufactured by Tier 1 companies like LG, Samsung, Sanyo/Panasonic, or Sony. The Yeti 500x, 1000x, and 1500x all use LG batteries, and so my bet will be that the 1000c will also be LG. Jackery switched from LG/BAK Battery (on Explorer 1000) to EVE Battery with its Explorer 300, a move I was not too happy about as safety is very important when it comes to Lithium-ion cells. EVE is just not very well-known worldwide and its track record remains to be seen.

The question I am not sure about is what battery technology will be used. Will the Core use Lithium-ion like the Yeti X or will it house the older, heavier Lithium that the Yeti 1000 Lithium predecessor comes with? I strongly doubt that the heavy, expensive (but very safe) LiFePO4 will be used. [Update 7/16/2021: Yeti 1000 Core uses LG-made Lithium-ion battery cells.]

Will the Yeti 1000 Core use less expensive material than the 1000x? That is hard to tell from just looking at images, but what I did notice was how similar both products look after I enhanced the teaser photo found in the email:

I would have guessed that if Goal Zero was to release a lower-priced product, that support for the Yeti Link, Tank Expansion Batteries, Home Integration Kit, and Vehicle Integration Kit would be removed. That does not appear to be the case — unless the top compartment will just be an empty housing for storing cables and accessories, but that seems to be very unlikely. [Update 7/16/2021: Yeti 1000 Core does NOT have support for the Expansion modules.]

I do have to say (and sincerely wish that will come true) that the Yeti 1000 Core may be LIGHTER than the 1000x. Why? It’s a longshot, but the Goal Zero Switch 10 “Core” was touted as being “lightweight”. Yes, I know. That’s a really wild speculation on the “Core” naming, especially since the Switch 10 is a small product to begin with. However, if the Core will be using the older Lithium battery technology (instead of Yeti X’s Lithium-ion), then I expect the new product to be HEAVIER. [Update 7/16/2021: Yeti 1000 Core and 1000x share the same weight and dimensions.]

An AC Inverter is responsible for converting DC (battery) power into AC — what you commonly see coming out of wall outlets. A very plausible scenario is for the company to provide a less powerful AC inverter with the Yeti 1000 Core. Let us consider the following table for the Yeti X product line:

How much energy a battery can store is measured in Wh (Watt-hours), and how much power is used or produced in W (Watts). A device’s power usage or a charging source’s output is rated in Watts (Amps x Voltage). See one of my battery power station reviews to learn more about Watts, Watt-hours, Continuous/Running and Peak/Surge outputs, and how to perform various calculations.

The Peak rating determines how much power an AC inverter can handle when a connected device is powered on. The Continuous rating applies to devices that are already on/running. For example, a TV may temporarily suck up 700W (peak) when turned on, but only uses 200W (continuous) while in use. 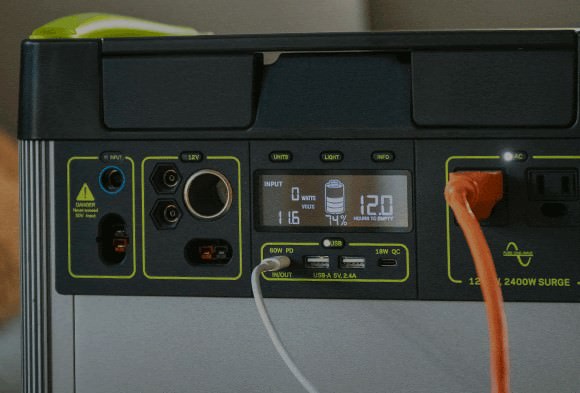 Note: Goal Zero renamed its Anderson Powerpole (APP) ports in Nov 2020 to High Power Port (HPP) to avoid trademark infringement with its inventor: Anderson Power Products. This is only a name change as the connector works the same way as before. For the purpose of avoiding confusion, I will interchangeably refer to the port as HPP or APP.

The MPPT allows for smarter, faster, and more efficient solar charging, but also costs more than PWM. MPPT is best suited for larger power stations, and so it will be interesting to see whether the 1000 Core will include it. If it will not, I expect the Core to support adding an optional MPPT module the way the old Yeti 1000 Lithium did. [Update 7/15/2021: Yeti 1000 Core comes with a built-in MPPT!]

This may be a long shot of a guess: Yeti 1000 Core may only be sold directly from GoalZero.com. Hear me out on this one. When Goal Zero announces a new product, retail sites like B&H Photo, REI, and other, reputable sellers will usually have a product listing up and running weeks or months before its arrival. I could not find any information on the “Yeti 1000 Core” anywhere. That is VERY unusual.

Either Goal Zero has a really tight, non-disclosure agreement (NDA) with retailers or the company is going to sell the product directly. Why would that matter? By not selling the 1000 Core in brick and mortar stores, the company will effectively be able to cut down on distribution costs and pass those savings on to the consumer. Online selling is a different, potentially more cost-effective beast than retail. Just ask Jackery, Rockpals/Paxcess, BigBlue, and other brands that have primarily been selling online at lower prices than Goal Zero.

Support us by shopping at Goal Zero (Affiliate)

Features we could expect from the Goal Zero Yeti 1000 Core.

Update: Click here to see how the Goal Zero Yeti 1000 Core compares with the Yeti 1000x and Jackery Explorer 1000!

Update: Click here to see how the Goal Zero Yeti 1000 Core compares with the Yeti 1000x and Jackery Explorer 1000!

Based on my analysis, Goal Zero is readying a new product launch on July 16, 2021 with the Yeti 1000 Core (or 1000Core/ 1000c). It is likely going to be sold at a lower price than the recently-released, flagship Yeti 1000x with a slightly less powerful AC Inverter. The new power station appears to be physically similar in appearance as the 1000x and may be lighter with less expensive components used. However, I expect the Core to use the same, high-quality, LG-made battery cells and Battery Management System (BMS) as the Yeti X series for safety, efficiency, and reliability. Should the Core use the older Lithium battery technology instead of the Yeti X’s Lithium-ion, I expect the new product to be heavier. The 1000 Core may ditch the X’s built-in MPPT solar charging controller for the older, less efficient PWM module, but allow a separate MPPT module to be installed. Another likely, cost-cutting scenario is to remove support for the Yeti Link, Tank Expansion Battery, Home Integration Kit, and Vehicle Integration Kit offered with the Yeti 1000x. [Update 7/16/2021: Yeti 1000 Core comes with a built-in MPPT, does not support the Expansion modules, and is an Amazon-exclusive model.] 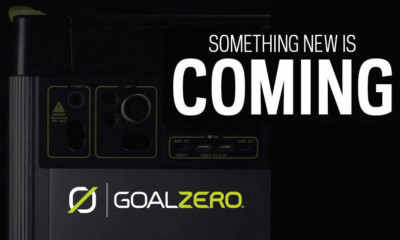 The lack of a product listing on retail sites may indicate that the Yeti 1000 Core will be sold directly by Goal Zero or other online stores with the supply-chain distribution cost savings passed on to the consumer. This would be a welcome move for those on the fence of buying Goal Zero products as this will position the company to better compete against less expensive competitors, like Jackery and Rockpals, who have primarily been selling directly to consumers via online stores. This very much reminds me of what SONOS did with its PLAY:1 speaker strategy: to introduce customers to less expensive models in hopes they will get a taste of what the company offers with its higher-end products.

Prior to buying the Yeti 1500x, I never fully understood why consumers would pay the higher prices of Goal Zero’s products when cheaper alternatives like Jackery and Rockpals existed. Sure, the company is known for their safety, reliability, and industry leadership, but what exactly could make them worth paying a premium for? I came to realize: Goal Zero has a large ecosystem of accessories, expansion modules, and integration kits that no other manufacturer has been able to offer. You could literally set up as small or as large of a system you need and expand upon it as your situation changes. For instance, I started with the small Yeti 500x (which has remained my favorite, lightweight power station), added a Jackery SolarSaga solar panel, and later got a Yeti 1500x. From there, I could expand it with 1-4 Yeti Tank Expansion Batteries and the Yeti Home Integration Kit to store my home’s excess solar output for emergencies when power was out. That made more sense to me than getting a LG or Tesla Powerwall that could only last about 10 years and could not easily be replaced. That design would also allow me to take the Yeti 1500x out for camping, move it to a new home, or use it in an RV/van should I choose to live a nomadic lifestyle at retirement.

I will be eagerly waiting to see what Goal Zero has in store with the Yeti 1000 Core, and I may be one of the first in line to get it and see how it compares to my friend’s Yeti 1000x. Let’s see if it will be compelling enough to get rid of my Jackery Explorer 1000 battery. 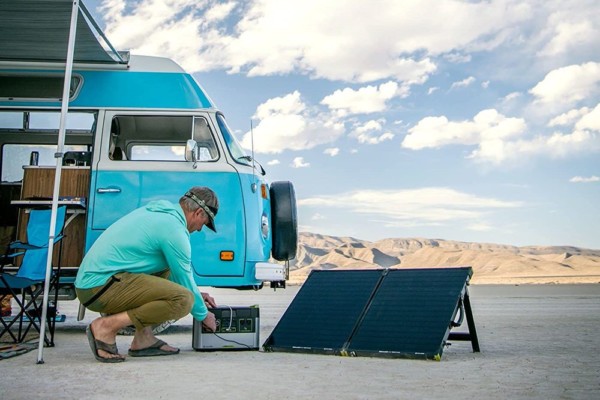 Support us by shopping at Goal Zero (Affiliate)

Where To Buy Related Items