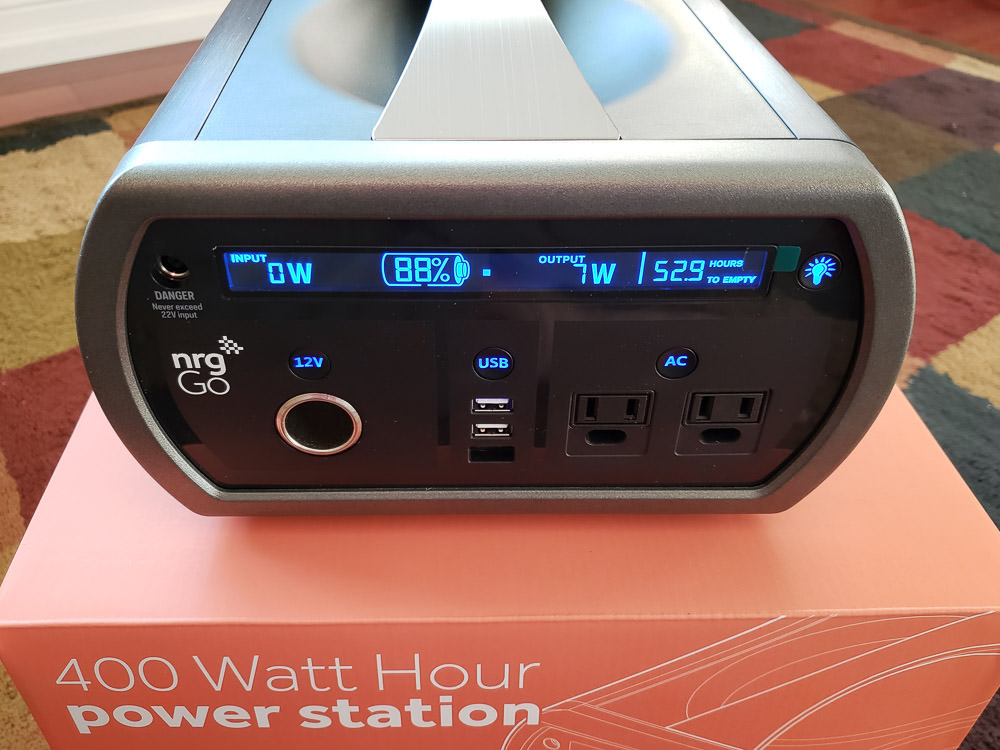 After having evaluated two solar charging-capable battery stations for my friends and I, the nrgGo 400 caught my attention recently. The logo looked vaguely familiar, and as it turns out, it is the first generator from US-based energy provider, NRG Energy (“NRG” on NYSE), a Fortune 500 company that provides power for homes and businesses to “approximately 3.7 million customers”. The device’s exterior certainly does not win any awards in my book: it is very muted, plain, and shall we say — somewhat ugly? I decided to go past the book’s cover and see what a company of that size came up with.

The two power stations I had previously reviewed were made by Chinese-based companies with batteries made in-house and not by well-known companies. So, safety became an immediate concern. Would a generator made by a US-based, ENERGY company with all the scrutiny and regulations of the U.S. government — at a lower cost than industry-leading Goal Zero — be worth looking into? How would it compare to the Suaoki G500 and Rockpals 500W that I previously wrote about?

Note: This review will be lengthier than usual as I would like to go over some battery technologies and how they relate to safety. I had recently done a lot of research on the topic to become a better-informed and safer user. 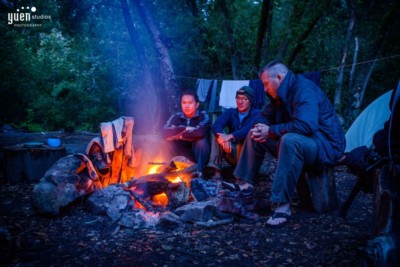 I am an avid hiker, camper, and wilderness backpacker and also am one of those guys who has a bug-out bag packaged for emergencies. 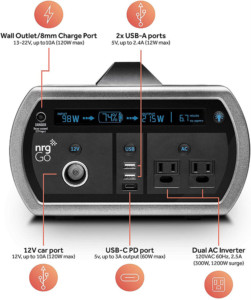 There are times where I want to be able to bring the comforts of electricity with me to go camping or picnicking, and when there is an extended power loss in our home. This is when I started looking at portable generators to power lights, a mini fridge to keep our baby’s necessary items cool, and/or any medical devices. At first, I had bought a gas powered one, but did not appreciate its maintenance requirement (you have to use it from time to time or flush the fuel to keep sediments from destroying it), loud noise, and unhealthy fumes. Granted, with an endless supply of fuel, you could generate power virtually forever, but I would rather keep it as a secondary option.

Next, I looked into the Goal Zero Yeti 400 Lithium ($600) that delivers 428 watt-hours (Wh). It was quiet, virtually maintenance free, and solar chargeable, but the high cost and size made my wife and I balk. One of my friends has had a Suaoki 150 Wh generator, and even though he loves it, I wanted one with a much larger capacity. So, I had given their Lithium-based Suaoki G500 (500 Wh) battery a try and loved it. [Update 6/8/2021: We got rid of the Suaoki due to safety and quality control concerns. I, personally, would not buy a Suaoki battery again.] Later, I purchased the Rockpals 500W (540 Wh) while it was on sale and ended up liking it slightly more. The Suaoki went to my brother.

The nrgGo 400 is functionally an excellent, portable power station, though its muted, somewhat ugly, brushed exterior did not particularly catch my attention nor win any beauty awards. However, it makes up for it with some user-friendly features, uses Tier 1 LG battery cells made by one of the top manufacturers in the World, and is designed by a US-based, Fortune 500 energy company that is in the business of providing power to millions of customers in the consumer and enterprise space. With a backing like that, I feel quite confident in the safety and quality of this product. It is perhaps on par with industry-leading Goal Zero, but at a much lower price point. Originally, I had considered giving this product a lower rating, but the safety features and battery cell quality considerably nudged the Design score higher.

Tip: A battery power station like this one cannot be used to jump start a car. Instead, I suggest getting a small, portable one specifically made for that, such as my favorite: NOCO Genius Boost Car Jump Starter (Lithium Battery). 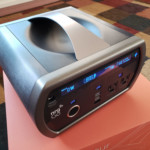 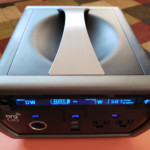 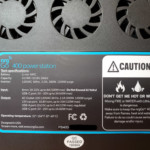 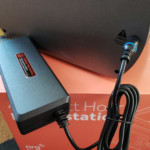 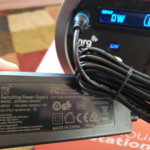 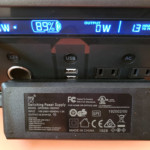 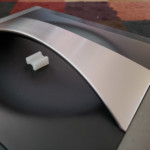 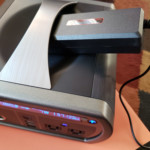 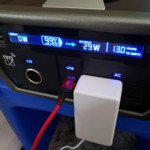 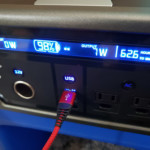 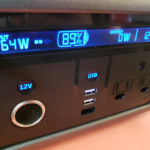 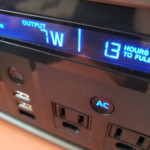 AC port ON, but nothing connected: 7W 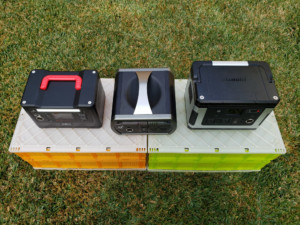 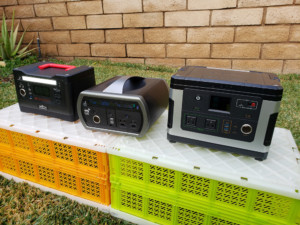 Most devices power on at a higher (Peak) wattage than when they are already on (Continuous). Therefore, if its peak exceeds the power station’s max, it may not be able to start 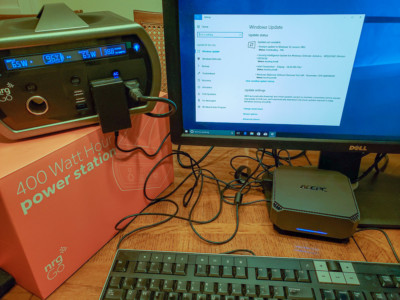 Powering a Mini Computer and Monitor

CAUTION: Lithium-ion batteries do NOT like to remain discharged at 0% for prolonged periods of time. If you let your battery stay at 0% for too long, you may not be able to charge it again without specialized equipment.

Genius Boost GB40 in Use /NOCO

A battery power station like this one cannot be used to jump start a car. Instead, I suggest getting a small, portable one specifically made for that, such as my favorite: NOCO Genius Boost Car Jump Starter (Lithium Battery).

I wanted to point out how GAME-CHANGING the Goal Zero 12V Car Charger is (Buy on Goal Zero/Amazon). The company inexplicably does not promote its benefits enough, but it can be used to charge batteries at a whopping 120W when the car port supports 10A (like my Toyota Highlander 2008 does!) All other car chargers I have (Jackery, Rockpals, Paxcess) only go up to 60W, but the Goal Zero can double that! What does that mean? Faster charging while driving around town! I bought two — one for use with the Goal Zero Yeti 1500x and another with the Jackery Explorer 1000.

The Goal Zero 12V Car Charger can charge a Goal Zero/Jackery battery at a whopping 120W! 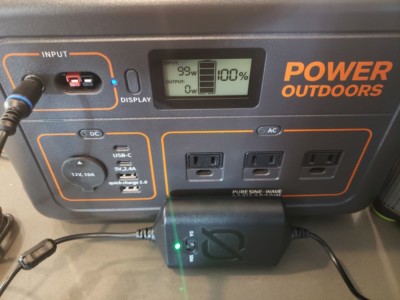 Goal Zero debuted with Lead-Acid batteries that were bulky and heavy. Today’s devices use Lithium-ion (Li-ion) and Lithium Iron Phosphate (LiFePO4) for more power in a smaller, lighter package. Li-ion, however, is more volatile and becomes riskier as more cells are packed together. The Yeti X series uses Li-ion. 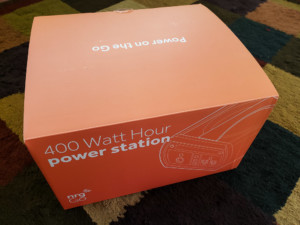 The quality of the battery cells and the BMS (Battery Management System) are crucial for safety.

Battery cells made by LG and Sony are among the best in the hobbyist world as are Sanyo/Panasonic and Samsung. Goal Zero’s are by LG. During my years of research, I found that use of lower-quality batteries could pose a serious risk to life and property and should become a crucial part in deciding what to buy.

The second part in a battery’s safe operation depends heavily on the design and BMS (Battery Management System). Some BMS manufacturers, unfortunately, overstate their capabilities that could lead to catastrophic failure. 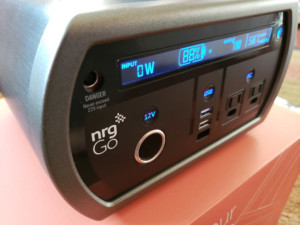 If you are curious about Lithium Iron Phosphate (LiFePO4) batteries, they are bulkier, heavier, and cost more than Lithium-ion. However, they excel in these areas:

The nrgGo 400, like the Suaoki and Rockpals I previously reviewed, is an excellent item to have in my camping and emergency inventory. For those who suffer from power outages, these stations can be lifesavers, particularly for those who depend on medical devices to keep them comfortable or alive. I like using them during camping to power several small fans inside our tent during the hotter, windless, daytime temperatures and to provide lighting throughout the site.

The nrgGo is as portable and compact as the Rockpals 500W, has some nice usability touches like the Suaoki G500, but disappoints with how it looks and how the carry handle is in the way. I thoroughly appreciate the fact that it is made by a US-based, Fortune 500 energy company that provides power to millions of domestic customers (including enterprises). Add to that the knowledge that the batteries are made with Tier 1 LG cells, it commands a bit more of my trust in its safety over the other brands who may be using cells manufactured in-house or by unknown companies. It is perhaps on par with industry-leading Goal Zero, but at a much lower price point. 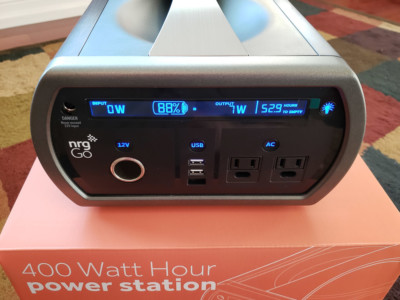 I hope that nrgGo will, with future versions, address the carry handle that is permanently affixed across the top, add an automatic idle power shut off, and produce power stations that have a more fun look with user-replaceable batteries to help minimize waste. I originally considered giving this product a lower score for those reasons, but the safety features and battery cell quality considerably nudged the Design score higher.

When asked about which one I would recommend between the nrgGo 400, Rockpals 500W, and Suaoki G500… I highly recommend all three [Update 2021: The Suaoki is no longer suggested] for the outdoor person and for emergencies. However, if purchasing a power station from a large, US-based company with know-how in energy, portable power, and safety is important to you, the nrgGo takes the trophy. If capacity and a much more fun design appeals to you, go with the Rockpals or Suaoki, though I gave a slight edge to the former for its smaller size and built-in LED light bar.