Power Generators: Gas vs Propane vs Battery Station (and Solar)

In an emergency, we could find ourselves stranded with no electricity in a World that is consuming much more power today than ever before. Just in the past year alone, the globe was hit with numerous fires, earthquakes, hurricanes, tornadoes, tsunamis, and even riots! Solar panels were installed in our home earlier this year during the COVID-19 pandemic that resulted in grid power staying shut for nearly the entire day while the family had to work from home and do distance learning. Then there was a time when my son and I went backpacking in the Sierra Wilderness after camping out in 106F degree heat the night before, kept cool by a small fan and ice making machine. 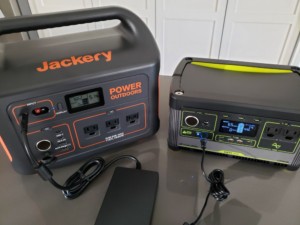 There are numerous ways that electricity can be produced for businesses, emergencies, or recreational use. This article will go over three of the most popular ones: gas and propane generators and lithium-ion battery power stations. Which one is best for you? It depends on your needs.

I am personally not a fan of gas or propane generators, but there are many advantages they have over battery power stations. In my home, we have a Goal Zero Yeti 1500x and Jackery Explorer 1000 lithium-ion battery power stations, and my dad has a Honda EU2200i (1800W – 2200W) gas generator. I use my batteries for camping and road trips, and my dad uses his Honda to run a portable air conditioner during a power outage in 105F degree weather.

Where generators create electricity using a fuel source, such as gasoline or propane, battery power stations store energy obtained from AC outlets, solar panels, and even generators. The key for power stations is that they store electricity, but marketers misleadingly refer to them as battery or solar “generators”.

With all three sources of energy, you will usually find the “rated” and “surge” wattage. What are the differences?

Electronic devices always start at a higher wattage than when they are already turned on and running. For example, a miter saw can use 2,100W when turned on (surge), but once it is running, it only uses 800W (rated). In short, the rated wattage is when the appliance is already running, and the surge occurs upon power on.

Rated is also known as running or continuous, and surge can also be referred to as starting or peak wattage. 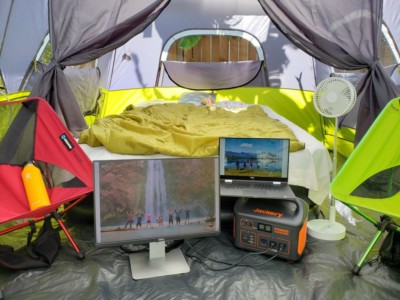 Camping with a laptop and monitor

A generator or power station’s surge rating allows it to temporarily accommodate a device up to that level for a very short amount of time — usually for just a few seconds.

Warning: Some batteries are so well-designed, they can run devices at higher than the rated wattage for a longer period of time, but that can severely shorten the lifespan of the battery. You should always try to stay at or below the rated capacity of a generator or battery.

On the flip side, generators will require a lot of maintenance over batteries, and so the cost saved at the beginning may add up more over the long run in maintenance expenses. 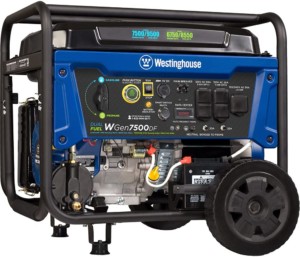 PROS for Gasoline over Propane

CONS against Gasoline over Propane 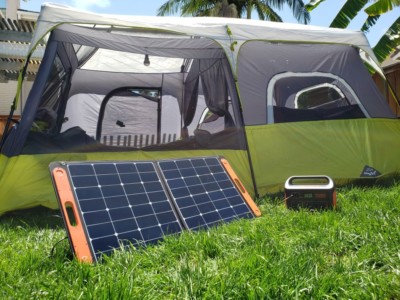 PROS for Gasoline over Battery

CONS against Gasoline over Battery

There is a breed of generators available that can use both gasoline and propane as their fuel source. This gives you the best of both worlds:

Genius Boost GB40 in Use /NOCO

Neither a gas/propane generator nor battery power station can be used to jump start a car. Instead, I suggest getting a small, portable one specifically made for that, such as my favorite: NOCO Genius Boost Car Jump Starter (Lithium Battery).

To learn about lithium-ion battery power stations, please refer to my reviews for the excellent Goal Zero Yeti 1500x and Jackery Explorer 1000.

The value of having an alternate source of power is insurmountable in today’s interconnected World filled with conveniences. 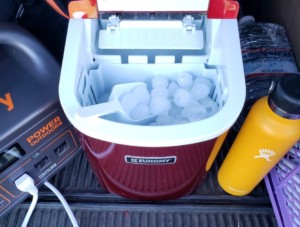 CAUTION: Never plug a gas or propane generator into a wall outlet to power the house. This is considered “back feeding” and can electrocute utility workers and neighbors saved by the same utility transformer. A licensed electrician should install the proper equipment for the generator to be plugged in to

The below calculations are rough estimates as conditions, quality, and product age can vary.

How many Watts does a device use?

How long does it take to charge a device? 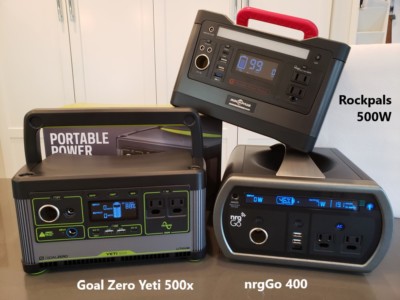 A gas/propane generator is significantly cheaper than any lithium-ion battery power station I could find for the same amount of rated output. It provides for a much lower, initial investment for emergency operation, but one should keep in mind the overall maintenance work and cost that comes with gas and/or propane generator use (less so with the latter). With a high amount of output, such as 9,000W, an entire house could be powered with the proper, electrical equipment installed by a licensed technician. Dual-Fuel generators also provide the ability to choose between gas or propane for added versatility when one fuel source is not available during an emergency situation. Furthermore, as long as gasoline or propane is readily available, the generator can virtually run forever with proper maintenance.

My camping needs point me towards lithium-ion portable battery stations. I prefer them because they are very small and light, run silently without any toxic fumes, and can be operated indoors (like cars and tents). Recall that battery power stations do not generate electricity, but rather just store them. As such, once the battery is out, it is out. You may add solar panels to keep them charged, but unlike gas and propane generators, those panels will only work effectively when the sun is out.

The best source of electricity — as stated at the beginning — will depend entirely on what your needs are.