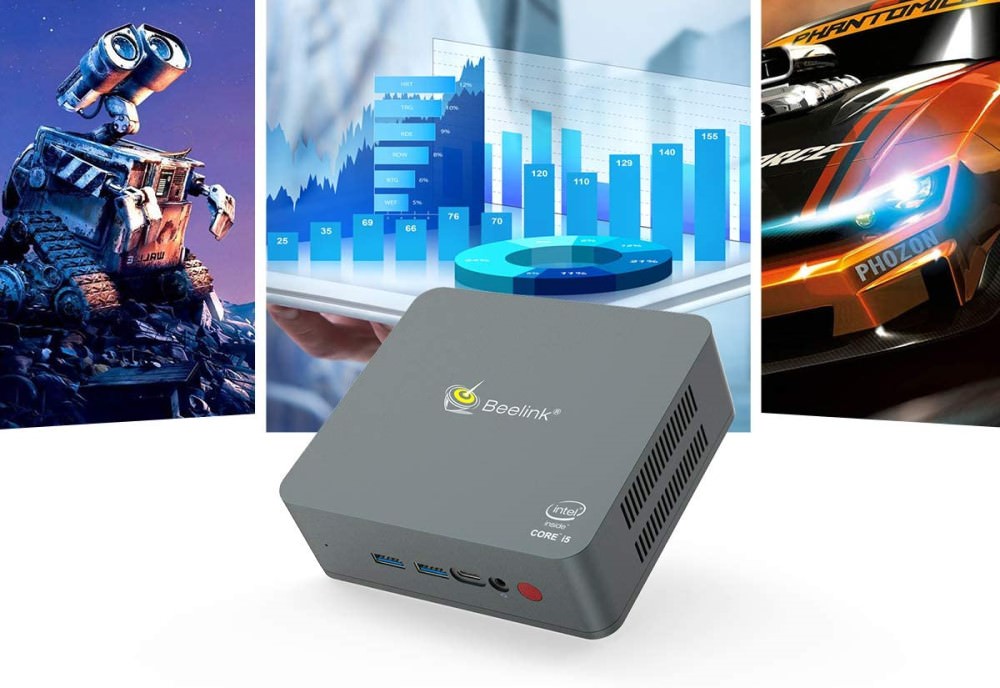 Half a year ago, I purchased the Beelink Gemini X55 for use as a mini server for the family room after having evaluated a handful of Mini PCs from different manufacturers, including Awow (AK34), AcePC, Minix, and Lenovo. Its purpose was to have a relatively inexpensive computer for TV video conferencing, web browsing, and some rudimentary work from the couch. Little did we know that just a couple months later, the COVID-19 pandemic crippled the World, and our family was forced to work and study from home. The Mini PC became very valuable to stay in touch with friends, family, teachers, and occasionally, coworkers. It soon became clear that although the Gemini X55’s Intel Pentium J5005 brain had served my original goals exactly as intended, it was a bit slow for simultaneous video conferencing and server-level workloads. Three weeks ago, I noticed that Beelink released the U57 model, an update to its Intel Core i3 (5005U) based U55, but this time, it houses the faster Intel Core i5 (5257U).

In this review, I will compare both Beelink models, provide a brief highlight of differences between Windows 10 Pro and Home editions, and share my experience installing Windows Server 2016 Standard.

The Beelink U57 Mini PC with its dual core, Intel Core i5 5257U processor (CPU) is a nice improvement over the Beelink X55. Although the U57’s CPU was released three years before the quad core, Pentium J5005 that the X55 is based on, it saw a roughly 36% overall speed improvement for an extra $50. Both computers have the same amount (but not the same speeds) of memory and SSD storage (plus 2 ways to expand), dual-band WiFi, Gigabit Ethernet, and dual HDMI output. However, although the X55 supports 4K TV, the U57 only goes up to 2560×1600 (WQXGA). 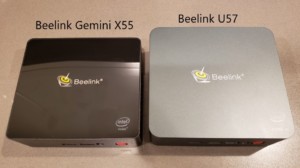 The newer U57 is touted as a business-class computer, and indeed, it appropriately came with Windows 10 Pro installed (X55 hosts Windows 10 Home). There are important differences between both versions of Windows, and which one to use will depend on what your needs are. Beelink also offers instructions on how to load Ubuntu Linux on either machine, helping to further expand the scenarios both mini PCs could be used for. Physically, both models look professional and are virtually identical except for the U57’s added USB-C port at the front.

Windows Server 2016 Standard ran very well on the U57, allowing my family and I to use the computer for each of our intended purposes, though with some major limitations and caveats on consumer and professional experiences. For my purposes, security and multi-user multitasking (running multiple applications at the same time) were important enough to forego some of the nice, consumer-friendly features that Windows 10 offers instead.

Overall, the inclusion of a pricier Windows 10 Pro, a 36% overall CPU speed increase, better graphics processing, and a faster SSD hard drive, make the U57 well worth the extra $50 it commands over the X55. By far, it leaves my first mini PC, Awow AK34, in the dust, and makes the Beelink U57 my new, favorite mini computer for under $400.

The brain of this Mini PC is the Intel Core i5 5257U processor based on the Broadwell design (likely the inspiration for the product’s “U57” naming).

The CPU, the “brain” of a computer, is an important piece to gauge performance. It is responsible for processing all the general calculations and instructions to carry out everything an electronic device can do. The faster it can “think”, the faster things will get done. Intel’s Celeron brand had always been associated with lower-end computers, Pentium as higher performance, and Atom for low-power, low-cost devices like tablets. The Core series is considered the top-of-the-line and consists of the i3, i5, i7, and i9 models, respectively going from lowest to highest performance.

In my review of the Beelink Gemini X55, I was surprised to find that the X55’s Pentium J5005 CPU actually performed about 10% faster than a Core i3-based Mini PC I had looked at. However, I was happy to find that the Beelink U57 is about 36% faster across the board when compared to the X55.

The X55’s J5005 CPU, released in 2018, costs $161, about half the price of the U57’s 5257U that was made available three years earlier. For that reason, the newer U57 PC only supports the older DDR3 memory type (the X55 uses the speedier DDR4), but makes up for it by supporting Hyper-Threading — an Intel technology that allows a single processor to act like two separate ones — to reduce processing time through simultaneous calculations. Think of two brains working together instead of one.

Where the new U57 outshines the X55 is its Intel Iris 6100 graphics processing unit (GPU). A GPU is responsible for processing what is displayed to the screen, including 3D games. Beelink U57, although older, can play games and display 3D graphics as much as nearly 300% faster than the latter’s Intel UHD 605 GPU. In one case, it even achieved a 400% improvement! Team Fortress 2 (2017) performed a little over 2x faster than the UHD 605.

So, what does all this mean? The Beelink U57, although it uses older technology, is faster in nearly every way for multi-tasking and gaming. One should note that the 13″ MacBook Pro (2015, Model: “MacBookPro12,1”) uses the same Core i5 processor. 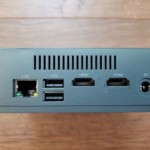 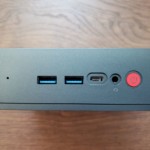 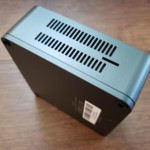 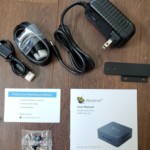 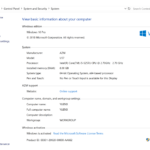 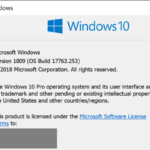 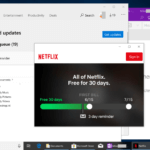 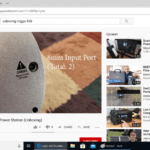 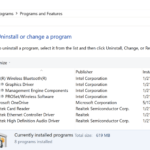 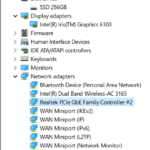 The Mini PC does not support all forms of wireless keyboards/mice right out of the box, and this is normal for any new Windows 10 configuration 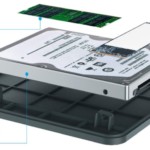 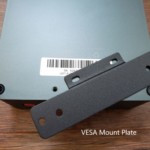 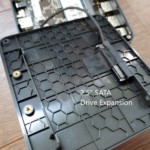 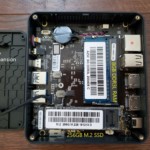 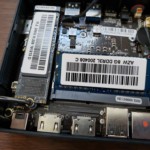 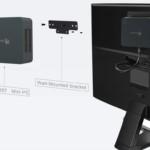 SSD and HDD connect to your computer via multiple interfaces. Relative to this Mini PC, we are only concerned with the SATA and PCIe ones. SATA can connect two drive types:

Mini-SATA (mSATA) is older and slower than M.2, and the latter can also connect to the newer, significantly faster PCIe interface (those drives are known as NVMe M.2 SSD). This Mini PC includes a M.2 SSD 2280 drive with a SATA interface.

A M.2 SSD 2280 is 22mm wide and 80mm long. This is important to know, especially with Mini PCs where space is scarce. If you purchase a 2280 drive and the computer only has room for 2230, you would not be able to use the former.

If you want to turn the Mini PC into a Network Attached Storage, here are some step-by-step instructions for installing Synology DSM. I did not try this as I already own (and recommend) the Netgear ReadyNAS 314.

Windows 10 Pro (64-bit) is pre-installed with this Mini PC. For a computer professional with more demanding needs, this is GREAT. However, most consumers likely would only need the less expensive Windows 10 Home edition. What are the differences? The Professional version:

As I had previously mentioned, I purchased the Beelink U57 to address an issue brought to light by working and schooling from home. Not only was performance affected by multiple family members using the Mini PC, it also required signing off whoever was currently logged on to Windows. Since I was using the Mini PC to do some work, I did not appreciate not being able to stay connected while my son was doing his Taekwondo virtual classes. Windows Server 2016, designed for business use, addresses that limitation:

Because Windows Server is meant for businesses, it lacks consumer-friendly features that Windows 10 provides, such as:

With cybersecurity attacks being a concern, I wanted to wipe out the existing Windows installation and put on a fresh copy configured the way I wanted. This is an advanced process and NOT for the casual Windows user. So, be careful as a recovery image is NOT available on the manufacturer’s website at the time of this writing. 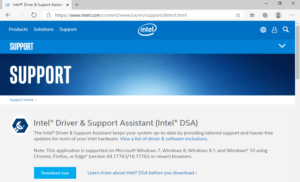 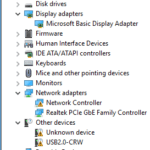 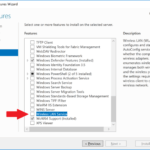 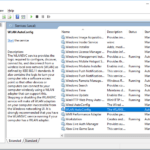 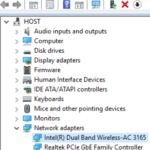 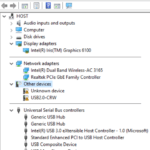 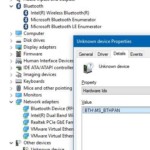 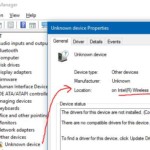 The Beelink U57 Mini PC underscored what I originally liked about the Gemini X55: great design, build quality, and compact size for significantly less cost than what I could procure the parts for on my own. The faster processor, more capable graphics card, and speedier SSD drive combine for a relatively smooth computer that can be hidden inside a drawer or behind a monitor. Add a Bluetooth mouse and keyboard, and you can turn it into a family computer for use on a big-screen television for video conferencing, office work, casual web browsing, and even gaming.

Equally as important, I was able to turn the U57 into a compact, business-class server running a Windows 10 Pro virtual machine, while still allowing the family to concurrently log in for school work. This mini PC’s Intel Core i5 processor — the same one that was used by the 13″ MacBook Pro (2015) — is still relevant, cost effective, and a more-than-adequately good performer.

I am very happy with this new model from Beelink in performance, price, and aesthetics, and because it is compact, I can also see it used with a hotel TV’s HDMI port for large-screen work while traveling.