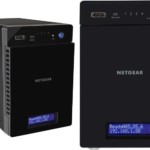 Losing important data — documents and treasured photos — can be a frustrating, sad, and time-consuming ordeal! I had encountered multiple losses over the past, two decades, and that experience prompted me to look into Network Attached Storage (NAS) devices to provide data protection and disaster recovery. The Netgear ReadyNAS series had reliably safeguarded my data and also had been hosting the Plex Media Server: a free software that presents your movie, TV, music, and personal video collection in a beautiful, Netflix-like interface.

Two of my favorite uses of a NAS are to (1) provide data protection and (2) to stream my movie, TV, and personal video collection in the style of Netflix via the free Plex Media Server application.

In this review, I provide the reasons for why the Netgear ReadyNAS had become my favorite NAS, and share comprehensive tips on making the most of it.

What is a NAS?

Network Attached Storage (NAS) is a central place to store and retrieve files from. Its storage capacity can be scaled as large or small as its hardware allows, and some of its biggest features are the ability to protect your files against loss through RAID technology, to serve data to a large number of users at the same time, and doing all that without the need to set up a management server or computer. Bear in mind that NAS comes in a wide variety of form factors and feature sets, and so my explanation was just a subset without getting too deep into the technical details. 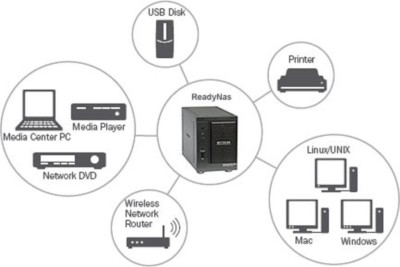 In short, a NAS allows for centralized storage with data protection and storage expansion capabilities.

Many NAS include features like scheduled backups, remote access over the internet, or even act as a media server with software like Plex. I will cover in this review how Plex could be used to serve movies, TV shows, and personal videos you own in the style of Netflix.

If you have data that needs protection, a NAS is an excellent solution in conjunction with multiple copies stored elsewhere, such as external hard drives or cloud services (ie. OneDrive, Dropbox, Google Cloud, iCloud).

A multi-disk NAS usually utilizes RAID technology (Redundant Array of Inexpensive/Independent Disks) to provide a desired amount of redundancy and/or speed for the files it hosts. RAID combines multiple disk drives to create an array for data protection, performance, or both. There are different RAID levels and the common/basic ones are: 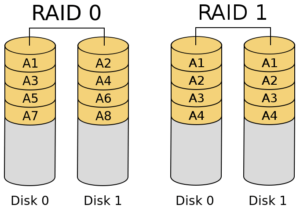 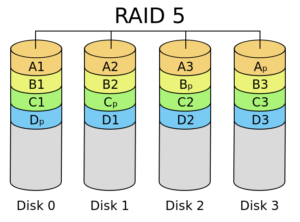 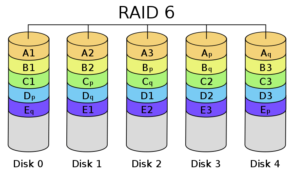 You cannot easily switch between RAID levels or expand the array’s storage capacity. Traditionally, a RAID configuration requires you to back up the data, tear down the array (which destroys all data on it), reconfigure it for the RAID level you want, and restore the files onto it.

ReadyNAS X-RAID simplifies the process of RAID configuration and expanding storage capacity. More on that later.

RAID can be used with mechanical and/or faster, more reliable SSD drives. There are also hybrid RAID levels, such as RAID 1+0 and 0+1 (see Wikipedia).

Spare disk on standby. Allows the RAID array to automatically turn on the extra disk after a drive failure to start its data protection rebuild. Timely replacement of a failed disk can be crucial in ensuring data does not get lost.

Hot swap. The ability to replace a disk without having to power down the NAS. This allows users to continue accessing the storage. 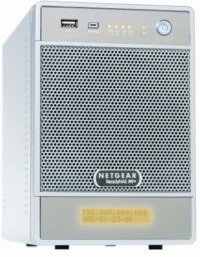 I had been using the ReadyNAS series since before Netgear bought the French company that started it all: Infrant. My first NAS was the Infrant ReadyNAS NV+ purchased in 2008 and over the years, it only had failed once by inexplicably corrupting all data. As frustrating as it was, it thankfully never happened again and I had restored most from backup. The NV+ was plagued by slow network transmissions and files seemingly took forever to copy from one location to another.

Netgear decided to revamp the product by switching from ARM processors to Intel, and performance was so great, I sold the NV+ and bought the Intel Atom-based ReadyNAS Ultra 4 series in 2012. It was a great NAS and I started building up my movie, TV, and personal video library for streaming via the Plex Media Server, a free software that presents media in a Netflix-like interface. As videos became larger, 4K files could not be smoothly handled by the Ultra 4, and I replaced it with the ReadyNAS 300 line a year later.

I had been using the 4-disk ReadyNAS 314 since 2013 without a single incident of data corruption, and had steadily expanded its storage capacity over the years. The majority of videos had been streaming well, and all files had also been backed up to another, offsite ReadyNAS 314 for additional redundancy. I never wanted to lose any of my precious files and digital photos again. Ever!

Why use a NAS? I never want to lose any of my precious files and digital photos again. Ever! 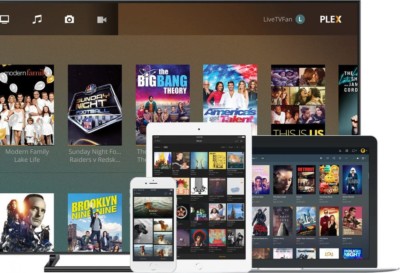 Netgear had since released the ReadyNAS 400, RN526x, and the crazy-fast RN626x series, but as tempting as they are, I have been sticking with the ReadyNAS 314 for the time being. This review’s content is still applicable and relevant to the newer models. 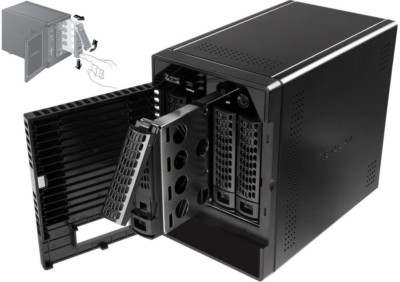 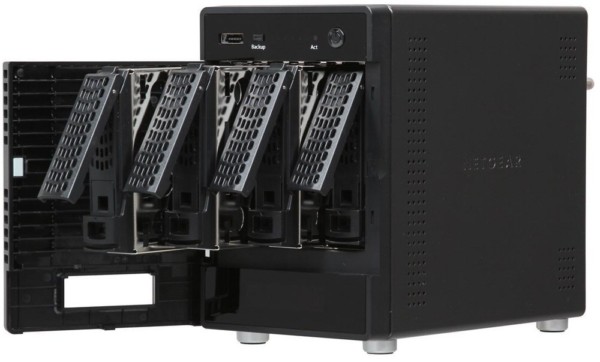 Tip: Use disk drives specifically made for NAS for best reliability and performance. Western Digital Red and Seagate IronWolf are great options. 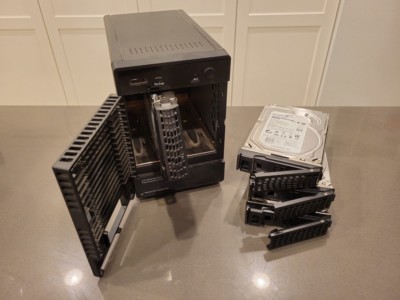 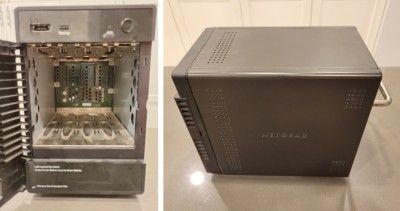 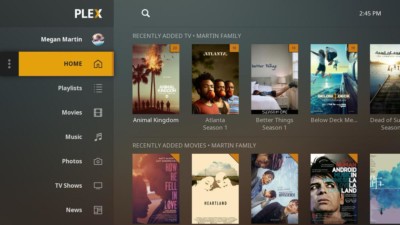 One of my favorite uses of the NAS it to stream my movie, TV, and personal video collection in the style of Netflix. The free Plex Media Server takes your content, automatically applies movie posters, sorts TV episodes, and then makes them viewable from a wide variety of players:

Plex is easily enabled on the ReadyNAS by logging into the Admin Web Interface (https://readynas/admin) > Apps > Available Apps. Search for “Plex” and click the “Install” button.

Once installed, click the “Installed Apps” button where you will find “Plex Media Server”. You can then launch PMS from there or by going to http://readynas:32400/web. You will have to add the locations of where your video and music files are located for it to start building its collection database.

The Plex media collection can be made available through the Internet, though this process is a bit technical. It involves opening up port 32400 on your firewall and having it directed to your NAS’ DHCP-reserved IP address. Head on over to the Plex website to find guides on how to do so. Once the firewall has been configured, you can access your files from https://plex.tv/web.

You may have noticed that your installed Plex version is old. Updating it to enable new features and bug fixes is very easy.

Prior to Netgear having simplified the installation and update of PMS, the only way of doing so was through SSH. It involved downloading the correct .DEB file onto the ReadyNAS and executing a dpkg -i command.

How to upgrade RAM on Netgear ReadyNAS 314 /Digital Byte Computing

Mechanical hard drives are bound to fail and are one of the primary reasons for having a NAS configured with ReadyNAS X-RAID or RAID 1 (or higher). It provides disk redundancy and helps protect data from getting lost. I once had over 10 Seagate Barracuda hard drives die within a few months to a couple years of purchase, and thankfully, the NAS kept my files alive! The Internet was full of horror stories about that drive series!

Since that mishap, manufacturers had started releasing disks geared specifically towards NAS use. Western Digital Red and Seagate IronWolf are great options today. If I read correctly, SATA SSD drives are supported by the ReadyNAS 300 and would provide a big boost in performance, reliability, energy efficiency, and produce less heat. Alas, the cost of large-capacity SSD disks is still too high for me to invest in. 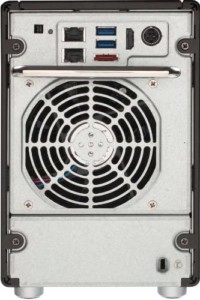 The ReadyNAS supports WOL. This feature allows you to remotely turn it on over the Internet or anywhere on your network. In the older ReadyNAS Ultra, WOL was very easy to configure. The ReadyNAS 300, for some reason, could only be reliably woken up by sending the WOL package as a Broadcast. Doing that over the Internet involved having the D-Link router send UDP 9 to my home network’s broadcast IP, such as 192.168.123.255 /24. However, this method ceased to work when I switched to an Asus router and later to the Linksys Velop Mesh WiFi system.

Michael Doyle’s free “NAS Utils for NETGEAR ReadyNA‪S‬” app (for Android/iOS) can be used to reboot, turn off, wake up (WOL), and check the logs and various stats of the NAS from anywhere in the World using a mobile device. There is no app that provides as good a feature set!

Having multiple copies of your most important data is CRUCIAL. I put a copy of my files onto the ReadyNAS and periodically sync them over to another ReadyNAS I have running elsewhere. In addition, a subset of data is also stored in one of the major cloud storage services.

Rsync is a common, efficient synchronization utility that looks at the files’ sizes and modification dates. It can be used to copy between two ReadyNAS and is exactly what I use it for. Files can be pulled or pushed between locations. 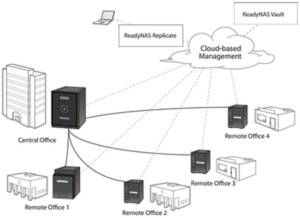 RSync over SSH was introduced in newer versions of the ReadyNAS which securely sends files over the network to prevent interception by malicious persons. Netgear wrote a comprehensive article on how to configure it: Netgear KB 29929.

Before the Knowledge Base article was published by Netgear, these were the steps I took:

WARNING: Be sure you try out the backup job on test Shares, not on production ones! This gives you the opportunity to ensure the paths are correct and the job behaves as intended.

The Netgear ReadyNAS series of Network Attached Storage devices have saved me a lot of heartache, headache, and time over the past, ten years. It had performed reliably and fast, provided a large number of enterprise-level features that fit well within my needs, and served up hours and hours of fun through the Plex Media Server. Yet, I have to admit: they had NOT been cheap, not to mention having had TWO of them for redundancy. There is no price tag that could be placed on irreplaceable documents, photos, and memories, and having peace of mind for more than a decade (and hopefully for many more years to come) had been worth that expense.

Advanced configurations and features of the NAS could be overwhelming and even cumbersome, but once everything had been set up, the ReadyNAS had reliably chugged along well. I thoroughly appreciate Netgear still providing firmware and feature updates to my 8+ year old ReadyNAS 314, and the ease of expanding storage capacity up to 24TB by simply swapping out drives with larger disks (8TB max) keeps it capable for many more years.

Extending the ReadyNAS with apps, like the Plex Media Server, and adding support for cloud storage providers like Amazon, Google, Microsoft, and Dropbox, continues to keep it fresh and relevant. My wish is that Netgear continues to improve on the series and produce a smartphone app with which all aspects of the product could be controlled.