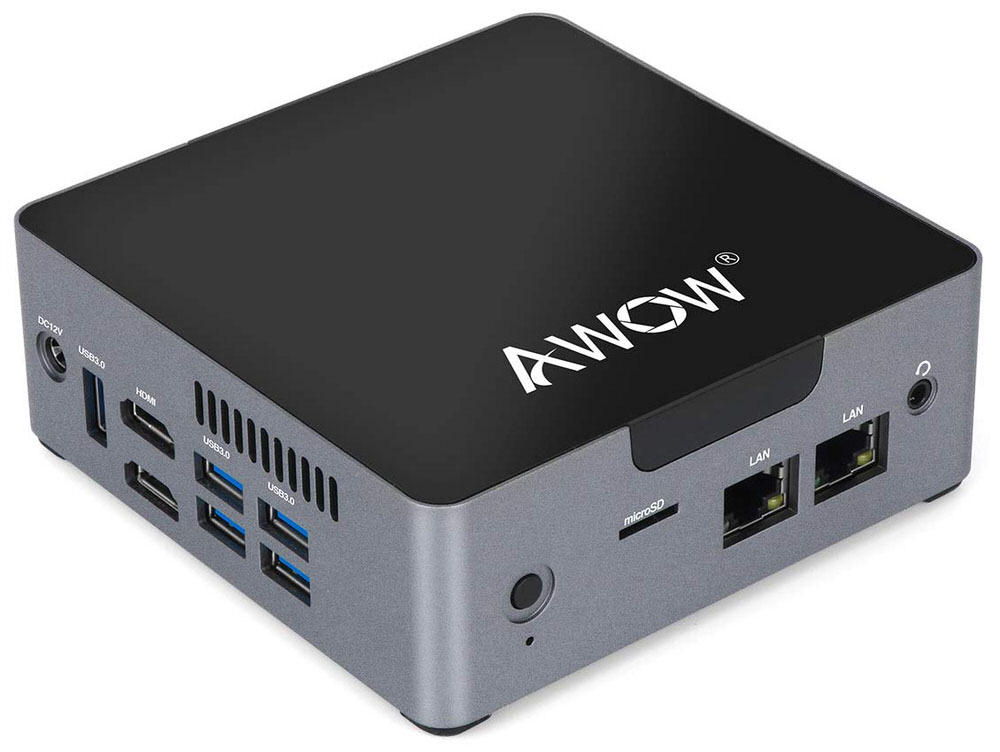 When Microsoft built Windows 10 with the intent to allow it to run on low-powered, portable tablets and computers, smaller devices started flooding the market. Intel eventually introduced their Mini PC Stick specification: a computer the size of two fingers that can run on any HDMI-enabled television. The early versions were limited in capability, and although I liked them, they never met my needs. At nearly the same time, the Mini PCs started re-gaining some popularity — full-featured computers that are so small, they can be stored away in a drawer and be expanded with large hard drives. 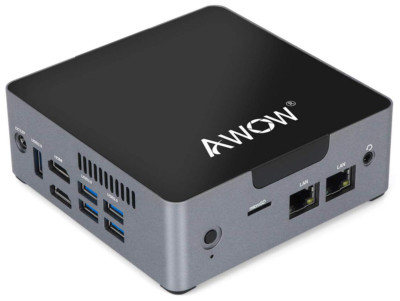 I had a great experience with the Awow TX2 Mini PC stick and decided to take a look at this AK34 Mini PC to replace my aging server — an ultra-portable 2014 Dell laptop. I wanted a fully-capable computer that could have a lot of storage and be used as a low-profile server. At the same time, I also needed one to connect to our family’s 65″ Samsung TV to allow for couch web surfing and anything an office worker might need a computer for.

This Awow AK34 Mini PC with a quad core processor, 6GB of DDR4 memory, Kingston M.2 128GB of SSD storage (plus 2 ways to expand), Dual-band WiFi, Dual Gigabit Ethernet, Dual HDMI output, and 4K TV support is VERY capable for a computer of this size. Couple this with the ability to install your own version of Windows 10 (and possibly other operating systems like Linux), and the use cases expand exponentially.

The CPU, the “brain” of a computer, is an important piece to gauge performance. The Celeron brand had always been associated with lower-end computers and this is not an exception.

It costs about $160 when bought in bulk and was released in late 2016. It contains 4 (quad) processing cores, allowing for better multi-tasking (running multiple applications at the same time). It was typically used with budget laptops, and I was happy to see that some manufacturers would take it and build a Mini PC instead. It performs at about half the capacity of Intel’s Core i5-5200U processor and slightly outperforms the budget Intel Core i3-330M in benchmarks! That got me very excited to see how well it would perform as a low-profile server under my TV. The N3450 CPU provides a good power-to-price performance ratio and comes with Intel’s HD Graphics 500 processor to power some 3D games. 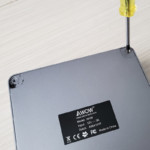 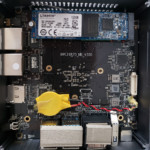 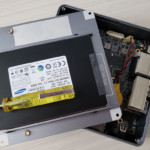 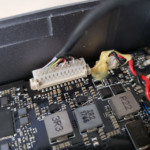 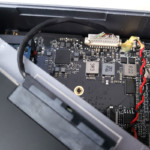 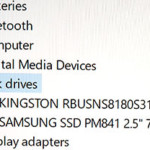 Windows 10 Home (64-bit) is pre-installed with a genuine license. However, as a computer professional with more demanding needs, there are several issues I have with this edition of Windows. So, I looked into replacing it with Windows 10 Pro. How did it go? It went FLAWLESSLY. But first, why don’t I like Windows 10 Home?

This Awow AK34 Mini PC impressed me. It is quite capable and ran smoother when I performed a fresh Windows 10 Pro install (although the factory image was perfectly fine too). I was able to use the computer at 4K resolution just fine, although there were short, momentary delays before full performance kicked in for videos. I lowered the resolution to 1080p instead for use on my 4K Samsung TV because some legacy applications look terribly tiny at 4K, but that is not the fault of this PC.

As stated earlier in the review, I also have a Windows 10 Pro x64 VM running with 3 GB RAM and 2 CPUs assigned from within VMware Workstation Pro 15, and it runs okay. Unlike with the 2014 Dell ultra-portable laptop — which had a mid-range CPU and more RAM — I wanted this Mini PC to replace, you will have to exercise some patience as things did not respond as snappy as with the former.

It works just like any other Windows computer, and the manufacturer’s responsiveness to my feedback and inquiries was unexpectedly great. For business or casual use, this Mini PC is more than adequate and can run office applications, some games, and entertainment apps. I now have a portable PC available to take with me on travels to be connected to hotel TVs (that support HDMI) and do whatever I want with it on a larger screen.