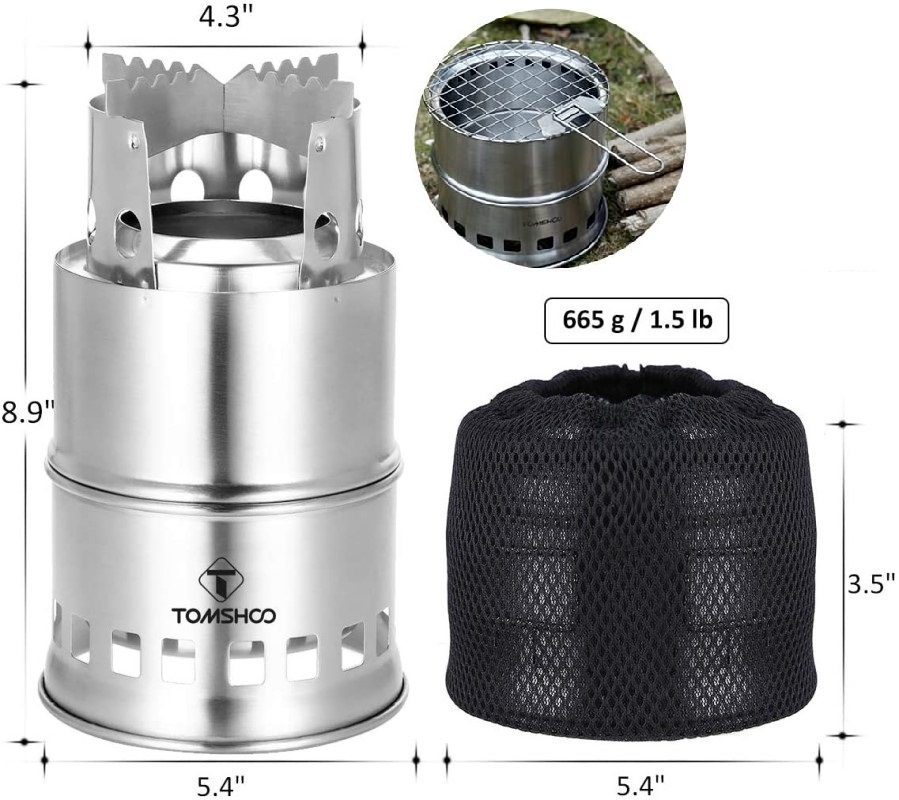 I am an avid survivalist, hiker, camper, and wilderness backpacker and was looking for a cost-effective, environmentally-friendly solution to use for when my Jetboil or any other fuel-based product would fail in the backcountry. That product was the Solo Stove. It was my go-to, wood-burning stove for over 6 years until I came across the Tomshoo Stove available for a MUCH LOWER price last year. I was intrigued to see how this copycat would perform. 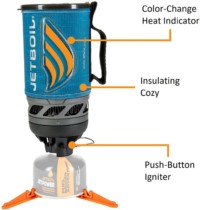 In the same concept that Solo Stove pioneered, this product only requires small pieces of wood you can readily find around camp to be used as fuel. Be mindful, however, about local regulations on where you can have an open flame and what material can be used. For instance, in California’s national parks, you generally are prohibited from forming any type of open fire above 8,000′ in elevation. You also are not allowed to collect any firewood above that height. Some rangers, however, said that during certain seasons, a stove is allowed as long as the wood is collected and brought up from the lower elevations. In addition, they essentially agreed that wood stoves are more environmentally friendly than fuel canisters used by the likes of Jetboil.

Check your local and State regulations for types of stoves that can be used.

Like the Solo Stove, the Tomshoo burns wood pieces very well, fast, and nearly smoke-free. The fire lasts surprisingly long and not much ash is left behind, but like other wood stoves, the flames may blacken the exterior of pots. Wood can be added through the hole in the Pot Support without having to remove the pot or pan to allow for uninterrupted cooking. However, I wish there was a way to easily control the intensity (temperature) of the fire for cooking non-liquid items so frying or baking would not leave food burnt. All you could really do is feed the flames with small pieces of wood to maintain an approximate, desired level of heat intensity. 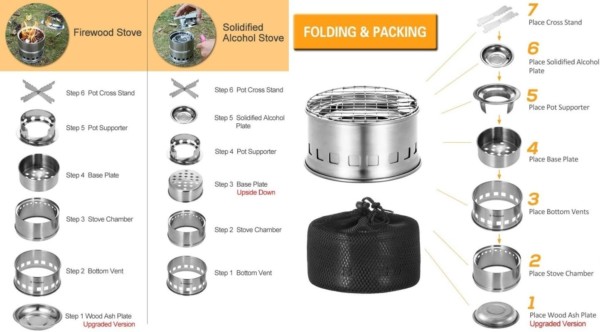 Tomshoo copied the Solo Stove‘s core features quite well, but there are several differences:

Both the Solo Stove and Tomshoo wood stoves have some limitations over Jetboil.

The following steps on how to fire up the wood stove was provided by Solo Stove (with clarifications by me) and also applies to Tomshoo’s stove: 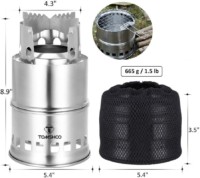 From a value perspective, the Tomshoo copies and outdoes the Solo Stove in many, many ways and at a much lower price point. It should be part of anyone’s bug-out emergency bag. I highly recommend it for its value, modular design, and similar burning output as the pricier Solo Stove. Wood stoves do not depend on fuel canisters (like the Jetboil) since fuel sources are readily available from practically anywhere, and as a result is also less expensive to own over the long run.

Its light weight and ability to have practically unlimited fuel makes the stove a must-have for a survival bug out bag, and as a bonus, it also acts as a small firepit with which to warm yourself up with.