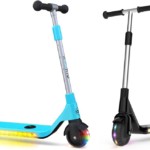 My son and I had been tandem riding the adult Evercross H5 eScooter for some time, and I thought that it would be good to get his own to help develop his balancing skills, confidence, and maturity. I still prefer to have him and I exercise more (like biking), but it sometimes is fun to zip around on an electric transport. 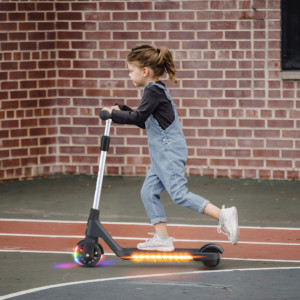 In this review, I will go over the Gyroor H30 electric scooter that was designed for children aged 6-12, though my 5-year old rode it well by the second day. He earned multiple cuts on his knees and elbows on the first day, and that prompted the wife to ask about the included knee and elbow pads. I delayed having him wear them knowing that pain is a great teacher that would have him learn faster. He was zipping around effortlessly the next day.

The Gyroor H30 Kids eScooter arrived nearly fully assembled and only required the handlebar and vertical neck to be attached to the front wheel slot. It was immediately ready to go after having its battery fully charged and handle height appropriately adjusted. The 80W rear motor engaged when the scooter was set in motion, but changing speed levels or knowing what gear it was in was confusing. Once my son and I had figured it out, it was a joy watching him cruise around with such excitement in his face, it warmed my heart and put a wide smile on my face… until he said he wanted to go much faster than its maximum speed of 6 mph. No, you are not old enough for that yet, little one. Plus, I need you to glide slow enough for me to jog alongside.

Gyroor’s 6″ hard, plastic wheels do not need inflating and at about 9 lbs makes it fairly light. Speeds are adjusted by tapping the silicone button at the front of the deck 5 times, but as I had stated, it was not immediately clear how to change gears until my son took it out for a spin and I had noticed a pattern in the beeps. I was too heavy (and afraid to break it) to go on and figure out the mechanics on my own. The beeps, however, are quite annoying when the rider does not yet know how to firmly keep the foot planted onto the button. I noticed my son trying to maintain his balance on the deck, and in doing so, his front foot seemingly shifted a few times that resulted in “beep-beep, beep-beep-beep, …” Perhaps this was a way for children to alert pedestrians nearby of their presence — or it was to inform the rider the current speed (see “Pros/Cons” section for details below). In any case, I wish there was a way to minimize the frequency of the sounds. If they were the result of my son’s imbalance, though, then I am sure they will be less frequent as he gets older and more stable with his footing. 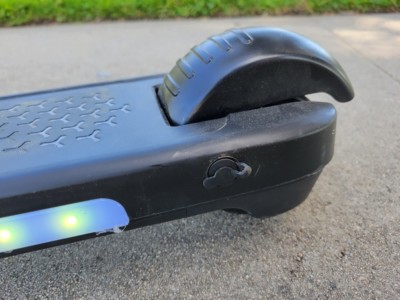 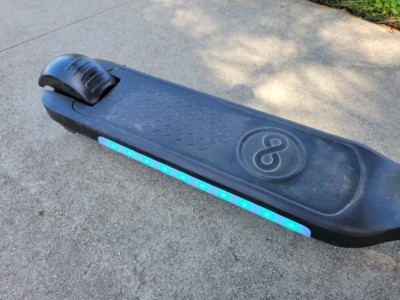 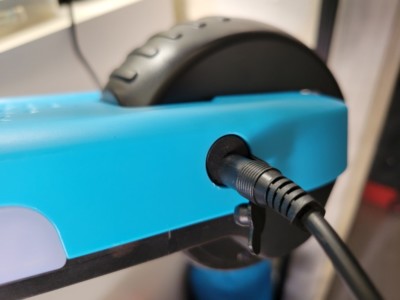 One can slow down by lifting the foot off the “gravity sensor”, but for the life of me, I cannot figure out what scooter part this is referring to. I assume that it is the back of the deck since the product’s online listing references the back foot. The manual’s blow-up diagram makes no reference to it. Regardless, there is a brake present above the rear wheel that you could step on to slow down, but my boy is not yet strong enough to firmly press to do so. He jumps off the scooter instead when he needs to slow or stop.

The colorfully shifting lights make it easy to spot the scooter, and its 54 Wh lithium battery reportedly can last for up to 6 miles and takes up to 2 hours to charge with its included 25.2W AC wall charger.

Beeps and unclear instructions aside, Gyroor’s H30 is a fun way for children to experience some effortless exhilaration at safe speeds. I still prefer us to go biking instead. 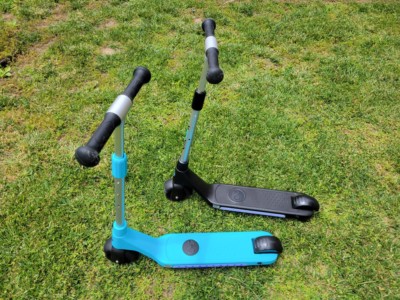 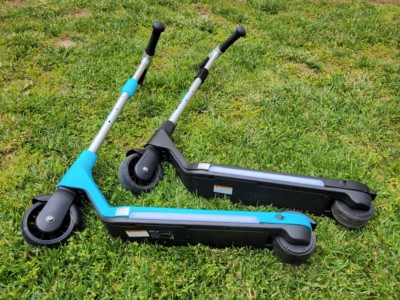 Tip: Press the front deck button 5 times to change gears and each push will emit a single beep. Scooter will slowly accelerate to the speed associated with the chosen gear. 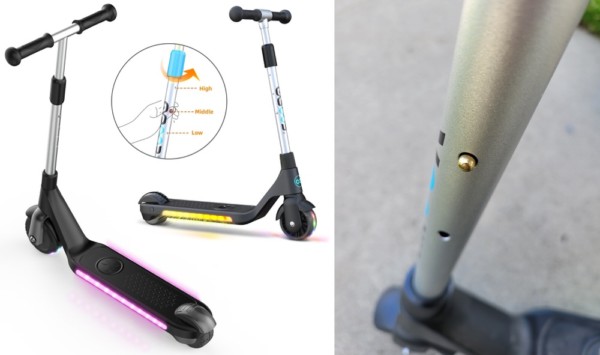 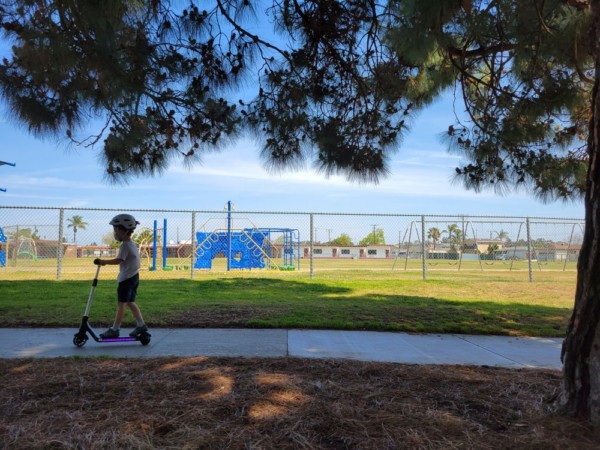 Test Ride in the Park

The Gyroor H30 had certainly made it fun and exciting for my son to go outside and play, but my concern lies with him perhaps not getting enough physical exercise if he prefers electric transportation over physical exertion. Still, who does not want acceleration from time to time? This scooter gives children that experience at a safe speed and with colorful deck lights. The three gear levels allow the rider to choose the maximum speed he or she would be comfortable to travel at. I do wish there was a way to turn off the beeps or minimize the number of times they sounded so as to not potentially annoy the people around us. Overall, I do love seeing my son’s happy face when he is on it, his balance had improved tremendously, and he had gotten more confident traveling at faster speeds. My wife and I purchased another one for his younger cousin so they could one day ride together.