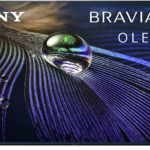 It had been a while since I last reviewed a television in detail, but once in a while, a set comes along that is so compelling, I just have to write about it. Sony had no say in how I would review their latest TV, and Amazon encourages its Vine program members to express their opinions as honest as they can.

The A90J Master series is Sony’s 2021 flagship OLED 4K UHD TV with “panels hand-selected and calibrated at the… factory”, according to the manufacturer, “for the very best in picture performance.” Indeed, the company went all out with the Sony 65″ A90J Bravia television with a nearly bezel-free design, bright, crisp picture quality behind a glass display, and excellent audio enhanced with audio calibration for the room it is in. This very much reminded me of the SONOS speakers’ “Trueplay” tuning feature that truly makes a noticeable difference in how audio sounds specifically for the room. 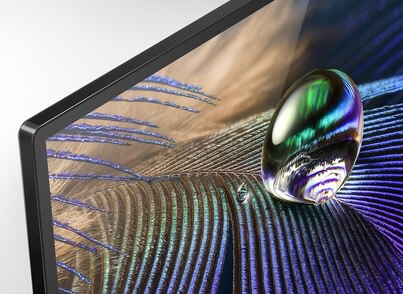 Display technology has improved so much that the bezels on this Sony are hardly noticeable, making it almost look like a very vibrant, ultra-slim, large piece of 56.9″ x 33″ art mounted on the wall. HDR looks truly fantastic. In addition, the 50lb, 65″ TV can be placed on top of a stand in three, different ways: completely flush with the surface, raised a few inches to accommodate a soundbar, or legs in the middle for smaller furniture.

OLED provides for superior pictures over LED because each of the 3840 x 2160 pixels are self-illuminating, resulting in a wider viewing angle while maintaining true colors, and an excellent movie viewing experience with perfect black levels on screen. They are more energy efficient but that advantage is negated by OLED’s higher cost, shorter lifespan, are harder to see in direct sunlight, and could more easily be damaged by water. Both the iPhone 12 and Samsung Galaxy S21 use OLED, and from my research, it appears this Sony is the brightest OLED TV on the market today. It certainly had garnered a lot of “oohs” and “aahs”.

Gaming in 4K at 120fps with an input lag of less than 8.5ms is a game changer (pardon the pun) with the Sony Playstation 5 (PS5) bringing Call of Duty: Black Ops Cold War to a level of realism much better appreciated in person. The details and color accuracy are mind-blowingly stunning, and Sony has historically been among the best in OLED processing, optimally enhancing just the parts of the screen that need to be. Be sure to not disable the ambient light sensor as that will also turn off Dolby Vision IQ. Note that 4K 120fps requires HDMI 2.1 and a cable certified for it.

Speaking of gaming, what thoroughly surprised me was the sound pumping out of the screen. Literally! The center of the display hides transducers that turn the OLED panel into a speaker. The screen IS the actual speaker! This allows the TV to have sound come directly from specific parts of the screen itself: an actor’s voice is emitted from her mouth, gun fire zips by in convincing, virtual surround sound, and explosions are accompanied with some heart-pounding bass. Mind you, the sound is not as good as my SONOS speaker setup, but wow, Sony did an incredible job with its loud, deep audio. I still cannot wrap my mind around the display itself being the actual speaker. Incredible technology!

Sony hid transducers in the center of the display to turn the OLED panel into a speaker. The screen IS the actual speaker! 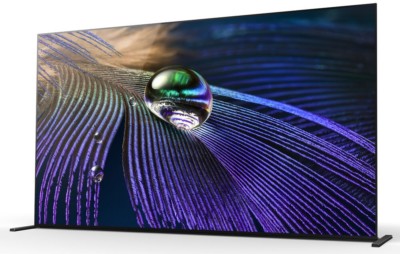 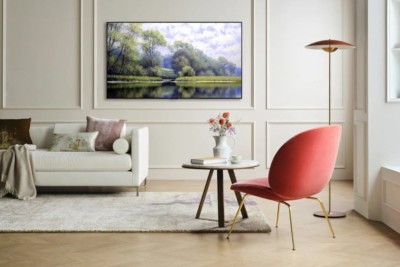 This Sony comes with Google TV smarts with voice search capability and support for Apple AirPlay 2 and Google Chromecast. What this means is that you get access to a wide array of apps, including Netflix, Hulu, and Prime specifically designed with a television-optimized interface. It also allows you to cast your phone’s videos and pictures onto the screen with ease for sharing some memories with the family. Google Assistant is built in, activated with “Hey Google”, and allows you to control the TV’s volume, find movies, and get answers to sports scores, weather, and other questions you would normally ask Alexa, Google, Siri, and Cortana for. It also can be controlled with Alexa. These smart features make the TV a joy to use.

All of this comes with a very high price with Sony knowing that there is not much competition available in this space at the time of its release. There were no better alternatives in terms of picture and sound quality at the time of this writing. However, weeks of research did reveal the closest competitor to be the LG G1 OLED TV (OLED65G1). The internet is filled with heated discussions from passionate owners of both sides touting why their unit is better than the other, but ultimately the winner is the consumer who has a choice between two, excellent televisions. I was envious of LG’s ridiculously slim figure, truth be told. All in all, if price is not a concern, The Sony TV has not only wowed our family, but truly set the bar high for competitors to beat. The A90J series also comes in 55 inch (XR-55A90J) and 83 inch (XR-83A90J) models. 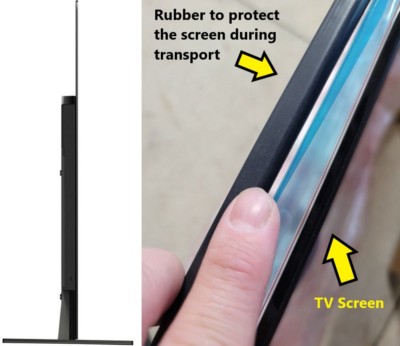 The Sony A90J has four mounting options and includes a versatile TV stand. 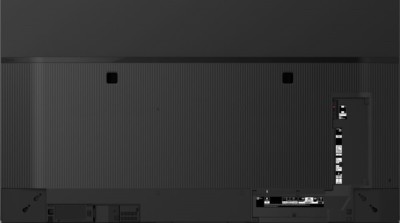 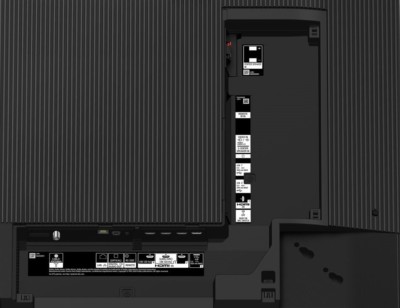 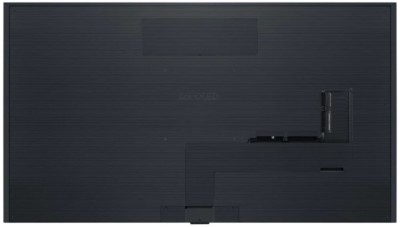 The Sony 65″ A90J Bravia impressed our family to no end with its bright, very clear picture quality and unexpectedly good, positional 3D sound with pumping bass. Playing Call of Duty was so immersive, I literally felt like I was in the middle of the battle field with my men and bullets zipping past the ears, although the sound coming out of my SONOS setup was still far more superior. Still, for TV speakers they were excellent. I still cannot wrap my mind around the screen itself being the audio source. That is crazy technology, Sony!

Those of you passionate about the LG G1 OLED TV (OLED65G1) — I hear you! It is significantly cheaper, looks like a gallery art piece when mounted to the wall, and has excellent picture quality too. But from a technology perspective, the general consensus around the internet is that the Sony is still the one to beat. 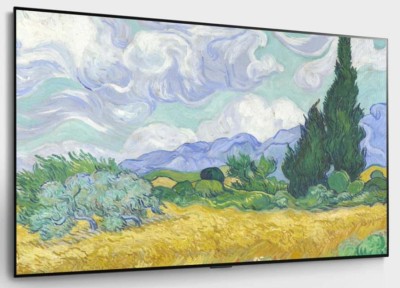 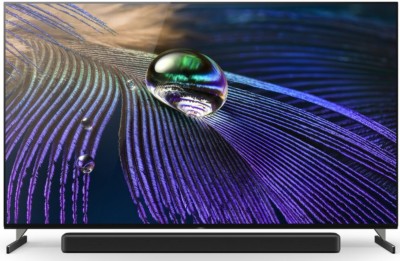 With that said, I carefully put the TV back into its packaging to surprise my dad with for his retirement in a few months. I’m certain he will be thrilled! Honestly, I was seriously contemplating about keeping it for myself, but he deserves the best for what he had sacrificed for us all these decades.