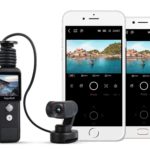 Last summer, I took a look at the Feiyu Pocket and how it compared to the industry-leading DJI Osmo Pocket. Both promised a revolutionary way to take vlogging to the next level by combining a wide-angled action camera with a gimbal for smooth, portable videos. The Feiyu gave the DJI “a run for its money with more included accessories and features for a much lower price.” I then added that its performance was not as fast in some areas, but that most people would not know the difference.

Fast-forward to the end of 2021, and Feiyu released a successor with the Pocket 2 and Pocket 2S. The latter caught my eye the most with its ability to have the camera detached and mounted elsewhere.

In this review, I will mainly compare the Feiyu Pocket 2S with the Pocket 2 and Pocket.

Why a Pocket Gimbal? 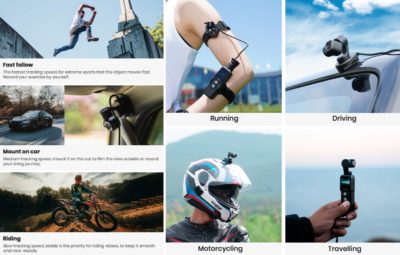 A coworker once told me shortly after I became a first-time dad, that my Canon 5D Mark IV DSLR would probably be used less than the smartphone. He was absolutely right! I had been finding myself taking out my phone more times to capture moments of my children’s lives than a bulky, professional camera. It boiled down to what was always carried with me and how fast recording could be started.

For those very same reasons, a pocket-sized gimbal camera is more easily available and convenient to shoot with than trying to physically stabilize a DSLR or smartphone with breathing, holding, and moving techniques — and potentially missing or ruining the moment. The Feiyu and DJI Pocket cameras were designed for convenience, traveling, and vlogging to achieve beautiful, smooth videos from devices that can easily fit in one’s pocket.

DJI holds the advantage with its superior image quality and smoother stabilization, but the Feiyu becomes a compelling choice with its value proposition, feature set, and included accessories that DJI charges extra for. The Feiyu Pocket 2S is unique with its magnetic, detachable camera head that can be mounted to anything metallic, opening doors to creative use cases like attaching onto a helmet or car while maintaining remote control. 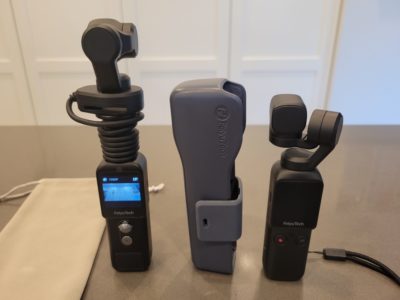 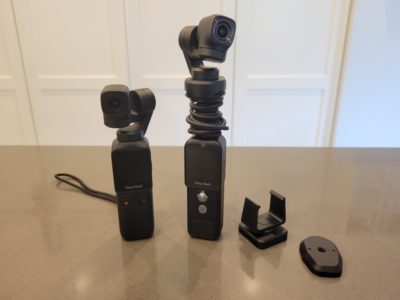 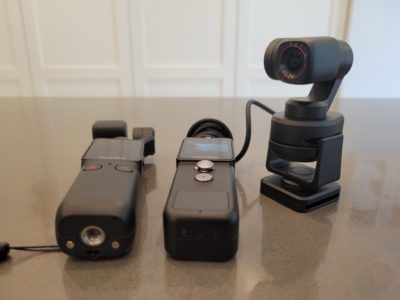 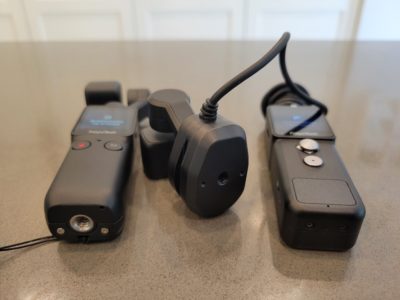 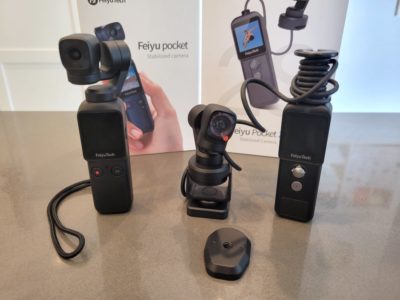 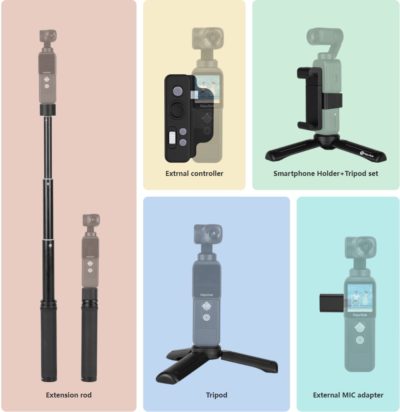 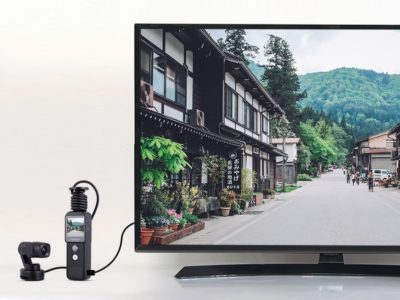 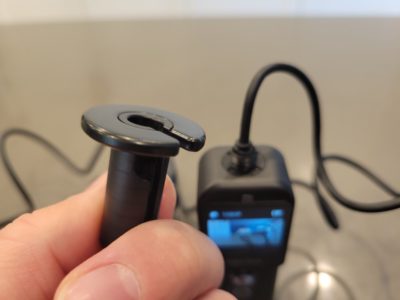 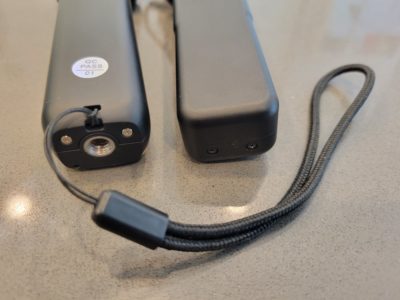 Swipe in the listed direction:

Feiyu, according to its website, specializes in “video stabilization technology [and] research” and carries a product portfolio for action cameras, smartphones, and still cameras. The Guilin, China, based company was founded in 2007 and originally focused on drone and automation industries, including “flight stabilization systems [and] autopilots” (Source: Wikipedia). This may be where “Fei” in “Feiyu” came from: it translates to “Flying” in Chinese.

The Feiyu Pocket 2S is a bit of a hard sell despite of — or because of — its unique feature: a detachable, magnetic camera head. Sure, the camera can be placed on any metallic surface for some very creative shooting options, but adds some concerns about the longevity of the attached cable that is responsible for powering both the camera and the gimbal. The magnet that holds the camera to the body is strong, but would not stop both from getting detached accidentally and contributing to a potentially damaging situation where the lens may smash onto the ground. The neck also adds some bulk (about 1.2″) to the device overall, making it less “pocketable”. After all, the selling feature of a “pocket gimbal” is that it can be easily carried around in a pocket for quick shoots. 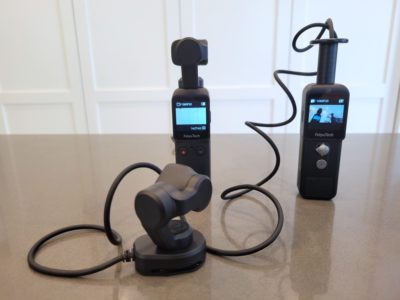 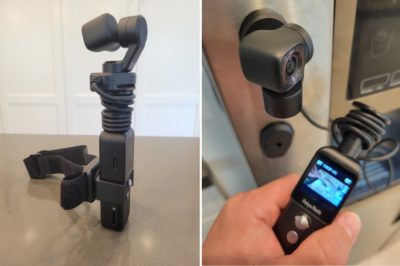 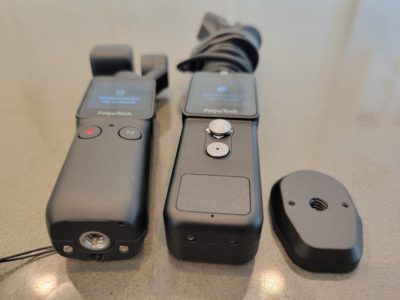 With the detachable camera feature set aside, the 2S adds a built-in micro HDMI port for real-time output to a television or projector, a capability that the Pocket 2 or any of the DJI Pocket models offer. The Feiyu Pocket 2 series adds an improved imaging sensor and greater field of view (130 degrees, compared to DJI Pocket 2’s 93 degrees) so more of a scene could be captured with better image quality and low-light performance. Nonetheless, Feiyu still trails DJI in image quality, low-light recording, and (to a lesser degree) stabilization.

Feiyu makes up for the lower — but still quite good — image quality and performance by baking features built-in that DJI would charge you for: WiFi, Tripod mount, Joystick control, and built-in speakers for on-device video playback with sound.

Ultimately, the decision seems to come down to the same conclusion that I had between the Feiyu Pocket and DJI Osmo Pocket: price vs performance. Choose the DJI for better image quality and low-light shooting, or get the Feiyu for better value with decently good videos. Once that choice has been made, the Feiyu Pocket 2S begs the question of whether its detachable camera would meet your unique shooting needs.

For me, the 2S has compelling value with mounting the camera on top of my car roof while driving around and being able to direct the lens from inside the vehicle. This (along with the Breakpoint Shooting feature) enabled epic riding videos where I did not have to edit much. Yet, for day-to-day recording, I would gravitate more towards either the Feiyu Pocket 2 or DJI Pocket 2 because they are more compact.