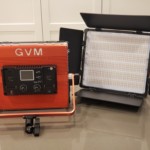 Nice Upgrade Over Its Older Sibling

I had been a photographer since 2005 and retired six years ago to focus on being as good of a father to my children as possible. That did not mean hanging up my cameras. I still use them to photograph my kids as they grew through the years as capturing moments and emotions are passions I just cannot walk away from.

Towards the end of my photography career, I traded my bulb/umbrella setup for a RGB LED based lighting system, primarily for the lighter weight, more compact size, and battery portability. As a bonus, I liked the ability to control the lights via a Bluetooth-connected smartphone app without having to interrupt my shoots with the infant/toddler kids.

RGB LED lights allow you to simulate and color-correct certain lighting conditions. From cool daylight (5600 Kelvin) to warm sunsets (3200K) and control over the intensity, hue, and saturation of the lights — the variety of scenes you could use this kit with is quite open ended. The trick, as always with photography or videography, is to understand how light works and to use that to your advantage. 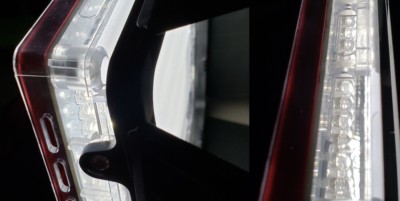 The GVM 1200D is a very nice upgrade over its predecessor with over 3.5x the number of RGB LEDs, providing more consistent, smooth control of the intensity, color, hue/saturation of the produced light. A built-in diffuser helps cast softer shadows and make skin look more flattering on the subjects. 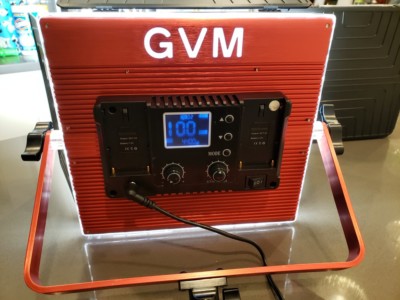 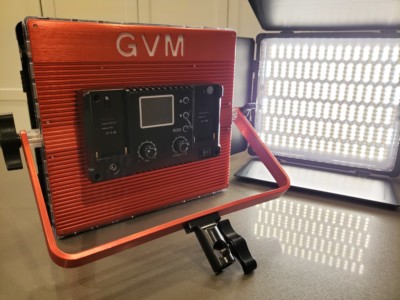 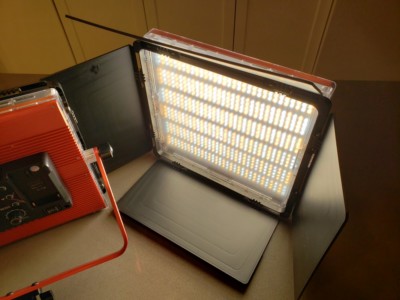 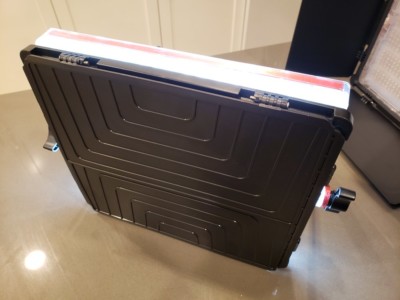 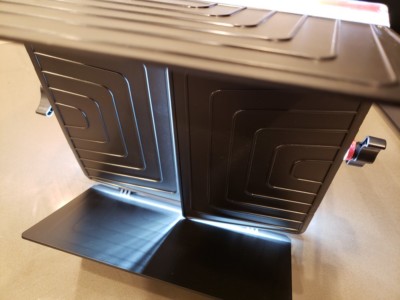 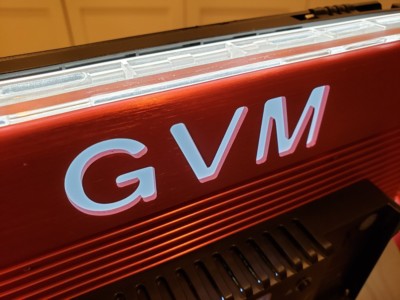 Like its older model, the lights can be set as Master and Slaves so all the lights can be controlled together through the Bluetooth-connected “GVM LED” app (available on both iOS and Android). It also has the same amount of “lighting scenes” (8) that are activated through the app, though their use cases are limited to special occasions.

Brightness, according to GVM, is rated at 22,000 lux at 0.5m (1.6′) or 7,300 lux at 1m (3.3′). What does that mean? Lux is the intensity of light at a specific location away from the source. The farther away you travel, the lower the Lux rating, whereas the Lumen (light intensity) remains unchanged. In other words, these lights produce an intense amount of luminosity that can produce enough to fill an entire room.

The lights’ panels direct where the light should go and also help minimize spill onto the surrounding. 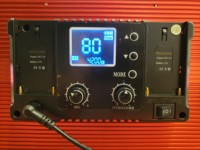 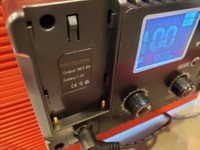 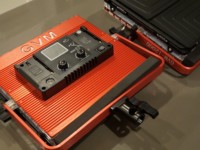 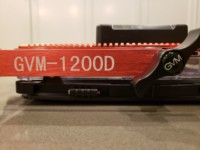 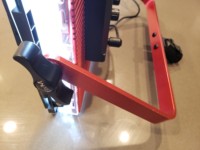 The new, red-colored coating of the aluminum frame makes it stand out (compared to the black of its predecessor), and that could potentially cause a small, red color cast on the subject in certain shooting situations. I would have preferred that GVM kept everything black, but this is just a minor concern.

60W AC adapters power the lights, while the LEDs themselves are rated to output 50W (up from 40W of previous models). They can also be battery operated with Sony F750/970 batteries (not included) for on-location shoots anywhere outside for that perfect, low-light shot or video footage.

When you finish a shoot, be sure to always turn off the lights. You do not want to leave them on unattended and accidentally cause a fire.

The light stands fold relatively compact and are quick to deploy. The light frames can be mounted to the stands in two ways to accommodate different lighting angles. 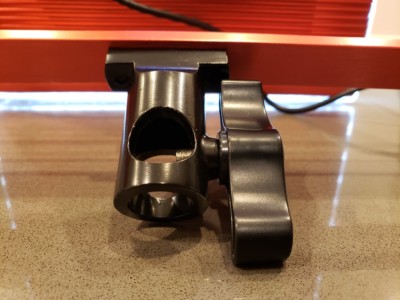 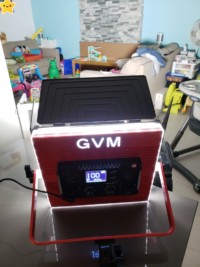 Lighting of a dark room

Impressive still is the lifetime warranty with a 3-year, full refund guarantee. That is just unheard of and shows that the company had been standing behind its products (and why I had been a fan of GVM for years.) I had been fortunate to never had to invoke the warranty over the years, and that also shows how reliable the lights had been.

I had been quite happy with GVM’s lighting products. This GVM 1200D kit is an outstanding upgrade over its predecessor, and by far superior in portability and use than the massive, bulb/umbrella kit I used to haul around. The versatility of having RGB control opens up a wide variety of shooting scenarios and would (or should) greatly appeal to videographers or vlogger/YouTube content makers.