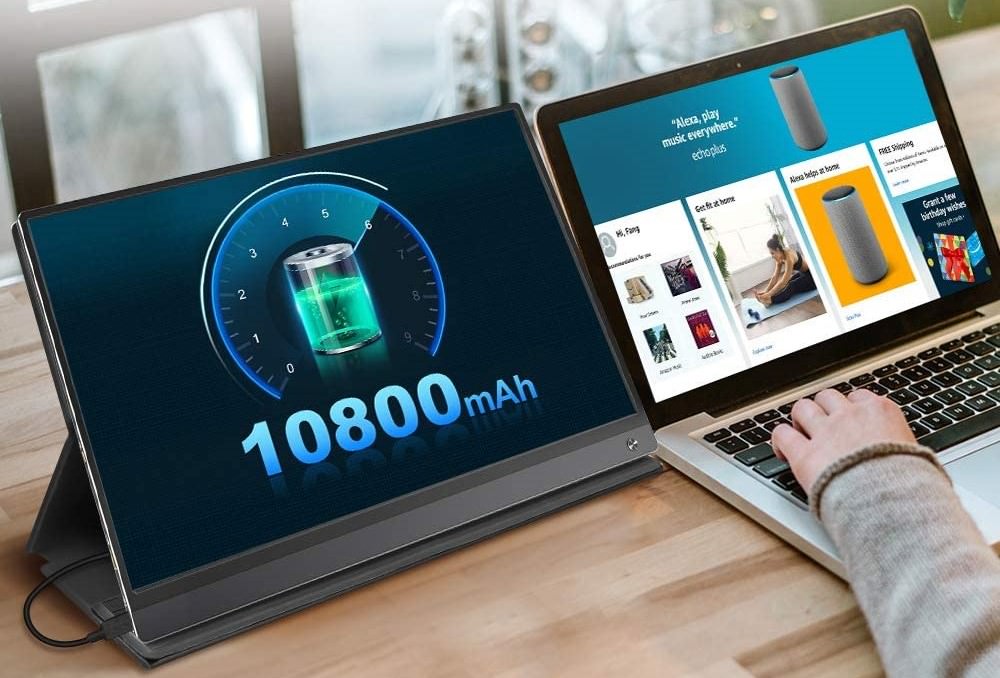 For over 30 years, I have been a tech enthusiast who had also been in the Information Technology (IT) field for nearly two decades. Over that time, I have seen people increasingly use mobile devices more than desktop computers, and therefore, the need for portable displays for use as secondary screens has also increased. Not only does it add more screen real estate, it could also have better health implications for your eyes, posture, attention span, and stress. 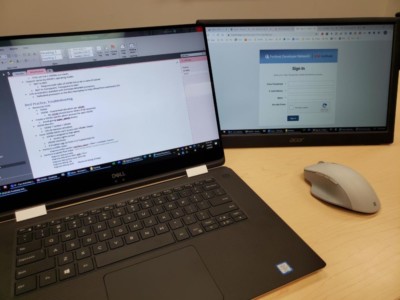 Last year, I purchased an Acer PM161Q ($130) to supplement my Surface Pro 5 at the time. It was a first-of-its kind, portable monitor that was lightweight, but it also was a nightmare of a device to use due to compatibility issues. First, it would not work with any of the Surface Pros and HP laptops, but I was able to connect it to a friend’s Dell laptop. At the time, I could not find information from Acer or Microsoft about why the monitor would not work with the Surface Pro or HP laptops. Turns out, Thunderbolt 3 was required. 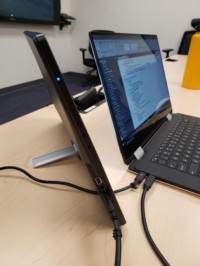 Fast-forward 7 months later, and more computers now support Thunderbolt 3 — except for the Microsoft Surface devices (by design) because Thunderbolt 3 is vulnerable to allowing a hacker to grab data from your computer. Any computers made before 2019 should avoid using Thunderbolt 3, in fact. Security issues aside, the Acer PM161Q did work so well with my work laptop, the Dell XPS 13 P73F (supports Thunderbolt 3), my manager decided to get one for the team to help us do our jobs easier when on travel.

More portable monitors have been released since.

I had previously evaluated the 15.6″ Mukesh X1 ($150) and liked it quite a bit because it did not require a Thunderbolt 3 USB-C port, but what it did lack was what I missed from the Surface Pro devices: a touch screen. Most of the decent-looking displays with touch capability ran for at least $100 more than the Mukesh X1, but during the search, one device very much captured my attention: the 15.6″ UPerfect MDS-156G16 ($305). What made it stand out? Touchscreen, built-in battery, IPS, AND 4 speakers! A similarly-equipped Asus Zenscreen MB16AMT (with 25% less battery capacity) costs $340. 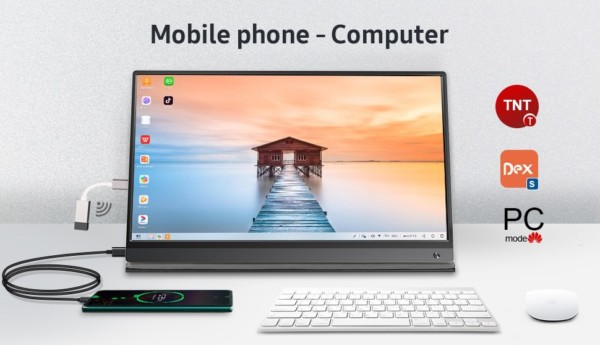 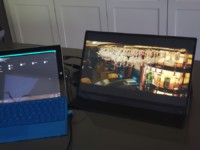 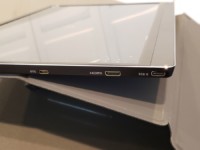 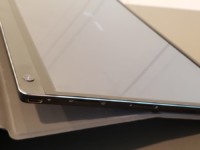 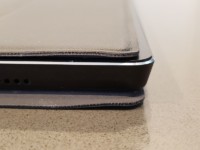 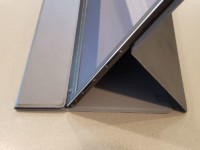 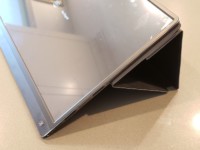 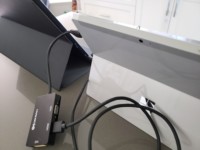 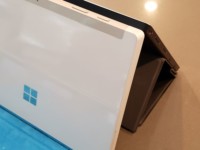 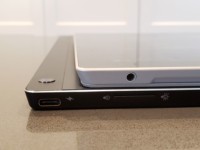 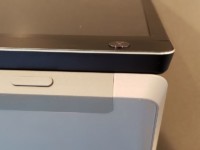 The following explains what each connection port can/cannot be used for: 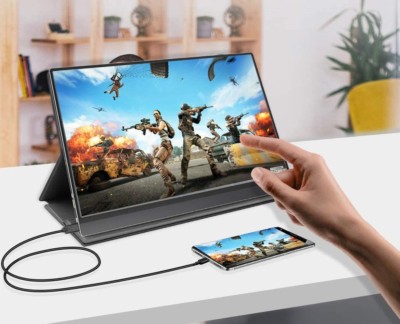 To calculate how long the display’s built-in battery could last, use this formula: Hours available for device = Battery capacity (Wh) x 0.85 / Watts used by device 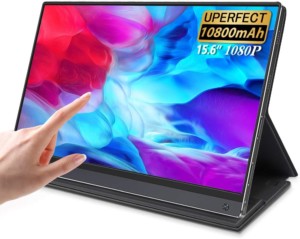 Overall, I found the IPS HDR display beautifully bright and viewable from a wide angle, and its 10-point touch performance was responsive. The built-in battery enabled the use of the monitor for a variety of cases, including as a portable, additional computer screen, enlarged monitor for mobile devices/phones, and gaming via the Mini-HDMI interface (ie. XBOX, Nintendo Switch, PS4) without the need to be close to a power source.

The biggest issues I have with the product are that it is somewhat heavy and cannot use a single USB-C cable for both charging and playing audio/video. Regardless, this UPerfect monitor is a fairly good buy with its many connectivity options for use with laptops, mobile devices, and gaming systems.