I Can Finally Hear You!

How FRUSTRATING it had been living for a week without the ability to hear much from one ear… aargh! It was clogged the day after stand up paddle boarding in the picturesque Newport Beach, California, harbor, and it felt like having been underwater with a ringing bell inside the head. Five days of Debrox Ear Wax removal and Debrox Swimmer’s Ear drops did nothing but contribute to continued irritation and a small amount of worry that something might have been wrong. Did I have impacted earwax, water stuck in the canal, an ear infection, or worse?

If clogging continued for four (4) days, the recommendation was to see a doctor, but amidst the COVID-19 pandemic, I wanted to avoid public places whenever possible in order to keep at-risk, 70-year-old mother-in-law and infant daughter safe. 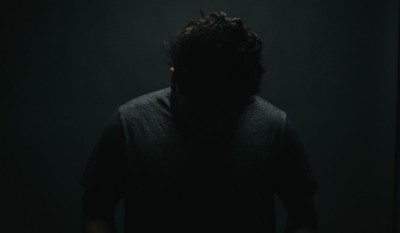 Photo by: Hermes Rivera via Unsplash

The aftermath of hearing loss also negatively affected my physical balance, patience, and quality of life, and countless times, my wife and children were told that I could not hear them. I still clearly remember my son’s disappointed face when he was told he had to play by himself because I was too aggravated to concentrate on listening.

As I am writing this article, my full hearing had been restored in an instant with a combination of tools that flushed out impacted earwax. I could not have been happier than to share the experience in hopes of helping others, or to inform those wondering what may be the best way of keeping wax at bay. Hint: cotton swabs are not it!

First, we will go over what earwax is for, how it builds up, and how it can be removed. Finally, I will share how my ear was finally cleared after five days of trying various remedies.

About two years ago, there was a fish bone stuck in my throat that I had struggled to dislodge with a variety of home remedies. Multiple urgent care visits over a two week period sent me to an Otolaryngologist — a doctor specializing in the ear, nose, and throat (ENT) — where he ran a camera down through my nose. No bone was found and he said that an injury to the throat lining likely was giving the SENSATION of the object still being lodged there. Essentially, he said to live with it until the throat healed itself. He then proceeded to take a look at my ear and found the left one impacted by earwax. He vacuumed it out and shared a large piece of goo to an astonished patient. THAT thing was in my EAR? Cost for removal: $60. Ouch.

“What could I do to keep it from building up like that again?” I asked. He strongly discouraged cotton swabs and cited how many patients — even the most careful ones — he had to treat who nearly destroyed their ear drums and internal hearing organs. Damage to the organs would very likely result in permanent hearing loss. He proceeded with earwax education.

In case you were wondering… How DID the fish bone finally get dislodged from the throat? My Emergency Room doctor uncle, after telling him the Kaiser Permanente ENT dismissed me to just live with the prodding sensation, he reassured me that fish bone would dissolve on its own after a month. Meanwhile, I had to live with painful swallowing, difficulty sleeping, limited range of head movement, and chronic coughing whenever the throat was poked. True to my uncle’s word, the agony finally went away when the pricking disappeared just after the one-month mark.

Back to ear wax education. 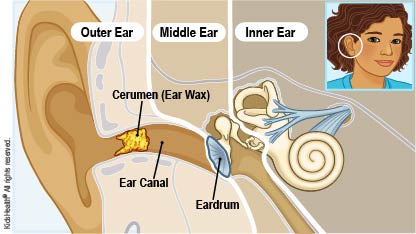 MEDICAL DISCLAIMER: All content found on the yuenX.com website is for informational purposes only. I am not a doctor, and you should seek a qualified, medical professional for advice, diagnosis, or treatment.

Ear wax, an oily, waterproof barrier, is naturally produced by the body to trap and keep out bacteria, fungi, dirt, and other contaminants from reaching the highly sensitive, easily-damaged ear drums. It also keeps water from irritating the ear canal skin. According to the Otolaryngologist, wax is automatically expelled by the ear like a conveyor belt, and in normal circumstances, you do not have to do any regular cleaning.

There are many reasons for earwax to build up, and even if most of the canal is blocked, it does not lead to noticeable hearing loss. What does contribute to blockage is the use of cotton swabs and other objects that likely push wax in deeper into the canal. In my case, the left ear produces wax so fast, its waste management facility has difficulty keeping up with removal. Furthermore, I did sometimes use cotton swabs (despite every physician’s warning) to remove some wax and relieve an itching ear canal.

The use of in-ear headphones and earbuds, such as Apple AirPods, can contribute to infection, push wax deeper into the canal, and prevent natural wax removal.

According to KidsHealth, if a child has earwax buildup or a blockage, it’s best to see a pediatrician. Do NOT try to remove wax yourself even with the remedies that helped clear my latest blockage. You would risk permanently damaging your child’s hearing!

See a pediatrician if your child has earwax buildup. Do NOT attempt removal yourself! 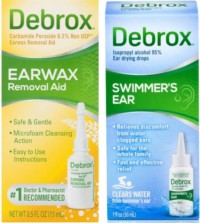 Regular, warm showers or baths should be enough for earwax to naturally be removed.

One should be aware that once wax has been softened, it should immediately be flushed out with a bulb syringe (filled with WARM — not hot or cold — water) to keep it from re-solidifying and settling into a worse state. Using cold water can cause severe vertigo and vomit. 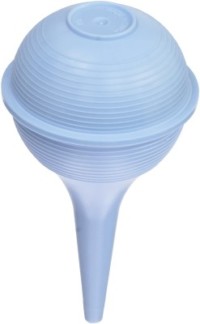 Warning: According to several, medical sites, irrigation should NOT be attempted if you have an ear injury, infection, hole in the ear drum, or had a medical procedure done on the ear. Consult your doctor first!

Rinse the ear with WARM water. Using too hot or too cold water can cause dizziness, vertigo, and vomitting.

An ENT doctor can help irrigate, vacuum, or scrape out excess wax. In fact, my Otolaryngologist suggested that like annual health checkups or dental cleanings, I should consider coming in for ear cleaning once a year. Thank you, but I would not go there and pay $60 per visit if effective remedies were available.

Two years after the Otolaryngologist vacuumed a massive amount of wax out of my left ear, I once again had blockage five days ago. It had occurred a couple times before and would clear on its own a few days later, but not this time. Unlike the last times where I could still hear, I would have VERY reduced hearing this time around.

Hydrogen peroxide, warm showers, warm syringe irrigation, and Debrox Ear Wax Removal did nothing but to add to the frustration. With the COVID-19 pandemic high for our County, seeing a doctor would be my absolute, last resort. So, I set out to inspect the ear myself when I came across an irrigation product that finally resolved my problem.

Out of curiosity, I purchased a wireless, battery-operated Oxbird Otoscope to see what was happening inside both ears. It involved carefully navigating the ear canal while viewing the live video feed on a smartphone app (both Android and Apple iOS are supported). I had not been this nervous in a LONG time… a small mistake could permanently damage my hearing!

Videos of both ear canals are available for viewing at the end of the article. 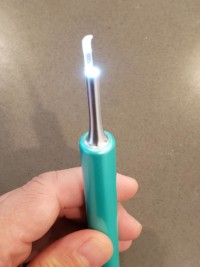 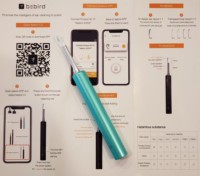 The entire time, I had both elbows on the table and was extremely nervous about making any mistake or getting too close to the ear drum with the otoscope. I had no idea what to expect while going into the ear canals! Remember, just a slight touch of the ear drum could rupture it. 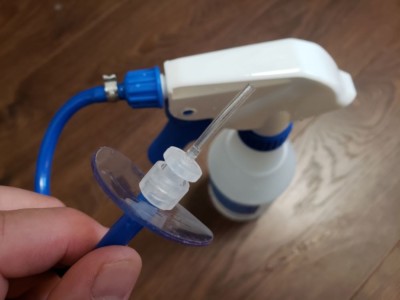 Now that I had finally confirmed that the left ear was indeed impacted by earwax again, I attempted to carefully scrape a bit off with the Oxbird Otoscope. That was VERY nerve-wrecking! I eventually stopped because I was not sure how close to the ear drum I was and took a look at the other product that sounded promising: Doctor Easy’s Elephant Ear Washer.

The premise of the Ear Washer was simple: fill it up with very warm water and pump to irrigate.

(Warning: According to several, medical sites, irrigation should NOT be attempted if you have an ear injury, infection, hole in the ear drum, or had a medical procedure done on the ear. Consult your doctor first!)

The first test pumps were gently and carefully done, and some wax washed out into the Jiesi Ear Wash Basin (which I hardly use). Then I pumped more vigorously and suddenly, a large piece of wax was dislodged to the bottom of the basin. My mind was BLOWN. Holy smokes! A photo can be seen towards the end of this article. For giggles, I irrigated the good ear and was surprised to see a fairly large piece wash out too. It was smaller than the other ear’s, however.

I was sold and may have finally found a product that can aid with the regular removal of excess wax buildup without having to see an ENT specialist at a cost of $60 per visit. [Update 5/2/2021: I had used Dr. Easy’s Elephant Ear Washer twice since this post was written and it still works wonderfully.] 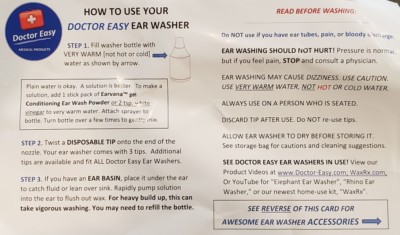 I was ecstatic and enthusiastically told my wife that I could hear again! She gave a small smile, gave a congratulatory look with her eyes, and went back to what she was working on. Well, my readers, I hope that you can share in the celebration if this article had helped you with your earwax build up or blockage. To recap, here is what I had tried for the past week:

Remember that children under 12 years of age should not be using the Doctor Easy washer and should consult the pediatrician instead. You should also seek medical advice from a qualified professional before attempting anything I had described here. This article simply describes my experience and what worked and did not work for me.

If you would like to see the videos and photos of the ear canals, you may do so below. But be warned: they are pretty gross!

WARNING: THE FOLLOWING IMAGES AND VIDEOS MAY BE DISTURBING TO SOME READERS.

WARNING: THE FOLLOWING IMAGES AND VIDEOS MAY BE DISTURBING TO SOME READERS. 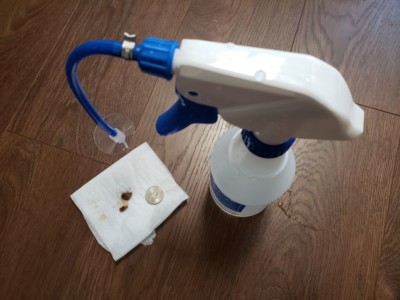 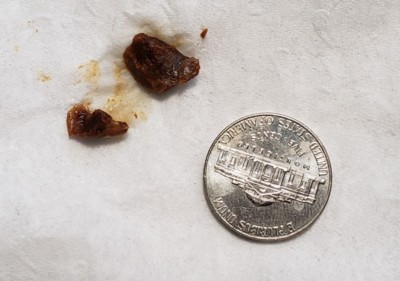