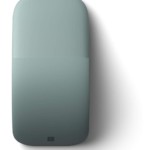 I have worked in the IT industry for over 17 years (even longer as the “family computer guy”) and have had the opportunity to play with, fix, test, and recommend a wide variety of electronics and technologies. My favorite mouse and keyboard manufacturers have been Microsoft and Logitech because of their quality and REALLY good, technical support.

Microsoft released its Arc Mouse over a decade ago in 2008, targeting consumers with a fashionable, travel peripheral. It featured a folding design with laser optics that I had never seen before — a mouse that FOLDS away to take up less space? Then a few years later, the company released a touch-enabled version, the Arc Touch Mouse, that now folded FLAT.

When I purchased my first Surface in late 2013, the Windows RT-based “Surface 2”, I decided to pair it with the “Arc Touch Mouse Surface Edition” — a version that had Bluetooth built in and no longer required a USB dongle to carry around. It was designed to match the look and design of the Surface, and I was ecstatic and curious at the same time: snap it flat to turn off, snap it curved to turn on. This was done with a cringe-worthy, awe-inspiring “crack” sound. I have used this same mouse since — for over 6 years!

However, there were some issues with the Surface Arc Touch Mouse:

Microsoft recently released (October) the 2019 iteration of the “ARC Mouse” (Model ELG-00026). It looks, feels, and works differently than the 2013 predecessor.

The newest edition of the ARC Mouse, released in October 2019, adds a vertical and horizontal scrolling feature by removing the haptic, scroll (middle) strip of its predecessor. The new, minimalist design took some getting used to, but its reliability and quick-to-pair feature makes the newest model a great addition to an already, very-popular mouse series under Microsoft’s arsenal. Pair that with the company’s infamously great warranty policy, and we have yet another winner in the portable peripheral space. 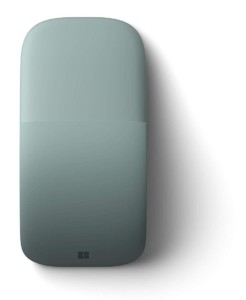 As I had mentioned earlier, my 2013 Arc Touch Mouse Surface Edition started developing a sticky feel all over the surface as if the rubber was disintegrating. This is common with a lot of electronics (including an Ooma device we own.) This 2019 ARC Mouse does not have that issue at the time, but in case you do run into the sticking a few years from now, here is how to fix that:

For travels, the Arc-series of mice are my top choice that no other manufacturer has been able to copy. Microsoft has done a great job improving on these mice since their introduction in 2008. The 2019 ARC Mouse‘s slim, lightweight profile, quick Bluetooth pairing, and satisfying SNAP to turn on and off make them very fun to use. I hope that one day, Microsoft will release a version that supports finger gestures. Meanwhile, be mindful that they are not as ergonomic as the larger counterparts and should not be used for extended periods of time.