Skip to content
Home\Photography\How It Was Shot: Inside a Utah Cave

How It Was Shot: Inside a Utah Cave

During a 2013 trip with friends to Utah, we came across a cave near where we stayed. We had been enjoying our time at Zion National Park, and caves were always a subject of fascination for me. We decided to explore one of the three underground caves. It was dark, low-hanging, tight, dusty, and yet exciting!

We came across a colony of bats when one of us nearly ran her head into them. Fascinated, we took several photos of them and proceeded deeper into the unknown.

When we came across a relatively large space within the cave, I wanted to take a group photo since we did not find the opportunity to do so throughout the trip. With the colorless, dark cave, I had very low expectations for this impromptu shot, but my mind was blown at what I later discovered during casual editing. Here’s how it was taken and processed. 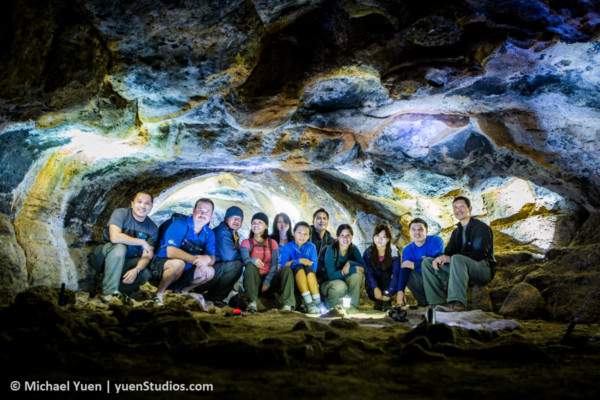 A Cave in Utah

I wanted a group photo, and lacking a suitable place for our last outing of the trip, I decided to take an impromptu one inside the first, largest space we came across inside the cave. I had no expectation that this photo would be usable in any form, but we had to have one of the group. With the boring backdrop and lackluster colors, my sole focus was to just have a group shot of everyone inside a cave, taking care that everyone’s face be visible. 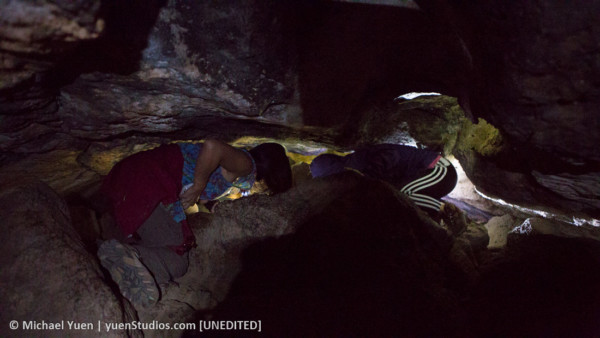 Typical view inside the cave: plain, cold, colorless, and tight

As I adjusted the exposure, white balance, and other basic sliders, I quickly realized how unexpectedly COLORFUL the cave was! I proceeded with the editing (shown below), and increasingly grew to like the shot… if only I did not screw up on the focus!

Clarity, highlights, shadows on the faces; exposure, contrast, WB, highlights on the lit areas around us.

I wish I could have taken one more shot at a higher ISO, larger f-stop, and correct focus… it would have become a gem in my personal photo collection. Nonetheless, the image has become one of my favorites, and is a good reflection of the good times we had on this trip.